Romanian tennis player Irina-Camelia Begu has apologised after bouncing her racquet into the stand and hitting a child during her heated second-round win at the French Open.

Begu, the world No.63, threw her racquet in frustration after falling down 0-2 in the deciding third set against Russia’s 30th seed, Ekaterina Alexandrova on Thursday (local time).

The racquet bounced off the Roland Garros court and flew into the crowd, where it apparently “brushed” a young boy, making him burst into tears.

Chair umpire Anis Ressaissi halted play to check on the child while calling for a supervisor for consultation.

After that consultation, Begu was given a code violation for unsportsmanlike conduct, and the game continued – much to the dismay of Alexandrova.

Begu broke back after the restart, angering Alexandrova, who hit a ball over the stands during the next changeover.

“So I can do that too?” Alexandrova shouted at the umpire.

Alexandrova was awarded a code violation for her outburst.

She wasn’t the only one who was unhappy. Photographer Ella Ling, who was covering the match courtside, tweeted: “Absolutely beggars belief how she was allowed to continue playing. Horrible.”

“Folks, why are we still allowing this?” he tweeted.

“Begu didn’t throw the racquet especially hard but the consequences of her action shouldn’t be shrugged off by officials.”

Others were quick to compare Begu’s penalty to Novak Djokovic being booted from the US Open in 2020 after accidentally hitting a ball towards a line judge. She was struck in the throat.

After the match, Alexandrova took to Instagram to question why she was not given the win by default, and why Begu got off with just a code violation.

“So disappointed to leave RG like that, I was trying to do my best, but seems like the rules were against me today,” Alexandrova said.

“This shouldn’t be happening. I hope after today’s match rules will be improved for everyone’s safety. We are responsible for our racquet.”

In a statement later on Thursday, the French Tennis Federation said the child was “brushed” by the racquet but was uninjured, despite the initial scare.

Begu took photographs and spoke with the child after the match.

“It’s an embarrassing moment for me. I just want to apologise,” she said in her post-match press conference.

“My whole career I didn’t do something like this, and I feel really bad and sorry. So I’m just going to say again, sorry for the incident and, yeah, it was just an embarrassing moment for me… you hit the clay with the racquet, but you never expect [it] to fly that much.

“It was, as I said, [an] embarrassing moment for me, and I just want to end it and not talk about it.” 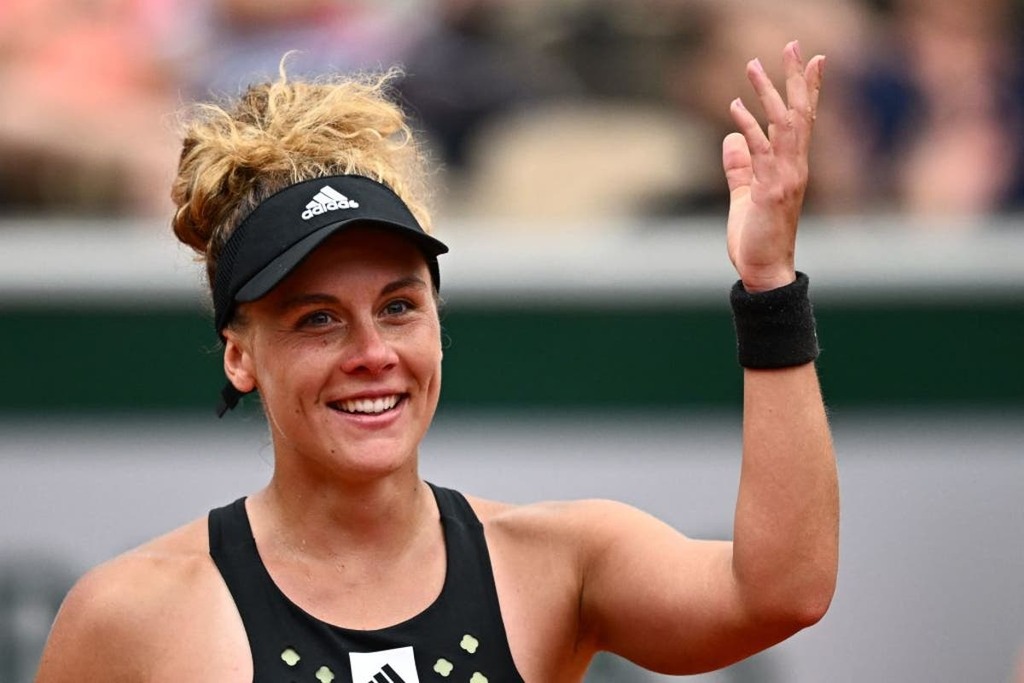 The Independent UK
One subscription that gives you access to news from hundreds of sites
Roland Garros: 5 things we learned on Day 5 - this really is impromptu

An unknown French player comes straight out of nowhere to beat the eighth seed, a Romanian's racquet turns space invader…