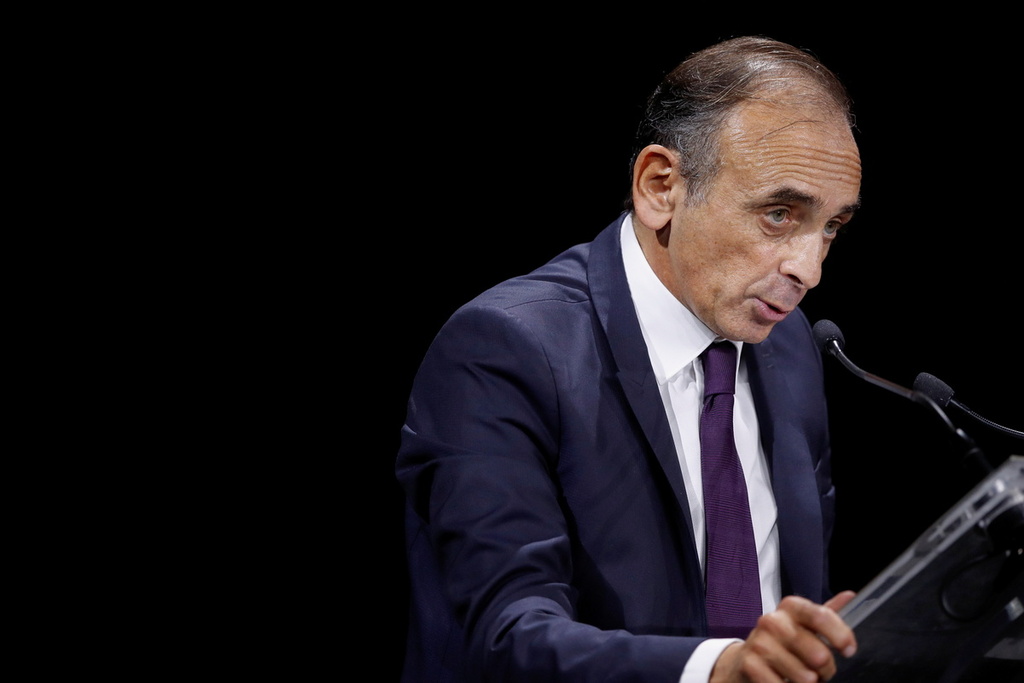 France's broadcast regulator said on Wednesday a far-right commentator known for incendiary remarks on Islam, immigration and French identity had signalled electoral ambitions and should be subject to limits on air time for political figures.

Eric Zemmour, a regular feature on billionaire Vincent Bollore's CNews cable network and widely credited with lifting its viewer numbers, has not officially thrown his hat into the 2022 presidential election race.

However, he has said he wants to run, has quit his columnist job at Le Figaro newspaper, launched a website and will soon publish his latest book - a rite of passage for would-be candidates.

It is unusual for the CSA watchdog to pre-empt a candidate's announcement. However, it said in a statement that in light of his actions and in line with national legislation, broadcasters should from Sept. 9 "count the interventions of Zemmour in the national political debate" - meaning restrictions on air time.

A polarizing figure who has made a career of testing the limits of political correctness, Zemmour has popularity among staunch conservatives reflecting a deep-rooted nationalist, anti-immigrant current in French politics.

An establishment outsider, Zemmour would sit further still to the right of far-right leader Marine Le Pen. Polls show him winning 7-8% of the first round presidential vote.

That would not be enough to pass into the second round, but by eroding the support of Le Pen, with security, national identity and immigration set to dominate the campaign, he would make the contest more unpredictable, including for President Emmanuel Macron.

Zemmour alleges France will be transformed into an Islamic republic within a century if does not crack down hard on immigration.

On Wednesday, he successfully overturned on appeal one of several convictions for inciting hatred. Another court also on Wednesday postponed a separate hate trial related to remarks Zemmour made about unaccompanied child migrants last September.

"They've no reason to be here, they are thieves, killers, rapists, that's all they are. They should be sent home, they shouldn't even come here in the first place," Zemmour said at the time.