Francis Ngannou vs. Ciryl Gane title unification bout in the works for UFC 270 on Jan. 22 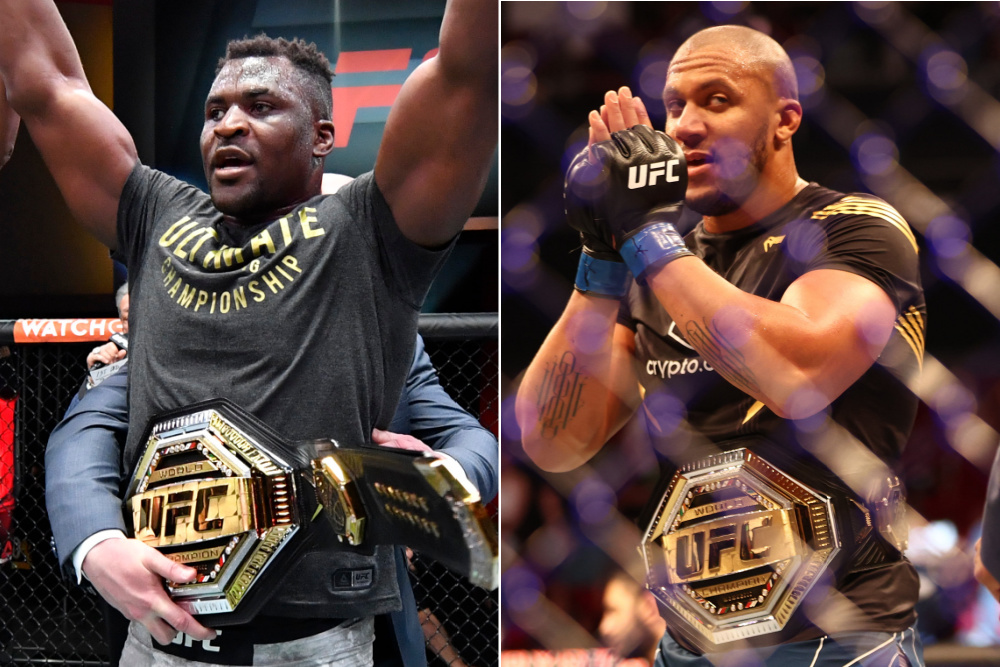 The UFC heavyweight title is expected to be unified at the first pay-per-view event of 2022.

Two people with knowledge of the matchup confirmed to MMA Junkie that the booking is close to finalized but asked to remain anonymous as the promotion has yet to make an official announcement. French media outlet La Sueur was first to report the news.

Ngannou captured the heavyweight belt at UFC 260 in March, when he knocked out Stipe Miocic in the second round to avenge his 2018 title-fight loss. Boasting a 100 percent finish rate, Ngannou has knocked out his past five opponents in less than two rounds combined, notching four performance bonuses along the way.

In a battle of two of France’s greatest mixed martial artists, Ngannou will take on former MMA Factory Paris training partner Gane, who is unbeaten in his MMA career. With just three years of pro MMA experience under his belt, Gane skyrocketed up the UFC’s heavyweight rankings and captured the interim title with a third-round TKO of Derrick Lewis at UFC 265.

The latest lineup for UFC 270 includes: