France to consider autonomy for Corsica after violent street protests

France is prepared to consider some form of autonomy for Corsica, Interior Minister Gerald Darmanin said ahead of a visit to the island which has seen violent protests after an attack on a jailed separatist leader.

The government is determined to engage in an "unprecedented discussion on institutional matters", Darmanin told the Corsican newspaper Corse Matin, adding that he was "prepared to go as far as autonomy".

However he said that no discussions could be held if violence on the island continues.

Dozens of people, including police officers, have been injured in two weeks of sometimes violent protests following an attack on the jailed separatist Yvan Colonna by another prisoner, which left him in a coma.

Details on what an autonomous status would look like would need to be decided, said Darmanin, who is the first government official to even raise the possibility of autonomy, which has long pushed for by Corsican nationalists.

The Interior Minister has taken over managing Corsican affairs from Jacqueline Gouralt, who stepped down as Minister of Territorial Cohesion earlier this month after she was appointed to the Constitutional Council.

Darmanin said dealing with the island's status would be a priority for President Emmanuel Macron in his second term if he is re-elected in less than a month.

On Wednesday Darmanin will meet elected officials in Ajaccio and then go to the police station in Porto-Vecchio that was attacked by protesters on Friday.

He promised a full investigation into what happened to Colonna, who is serving a life sentence for the assassination of Corsica’s prefect – the representative of the French state – in 1998.

Colonna was attacked on 2 March by another prisoner who is serving time for terrorism.

Darmanin said the attack was “clearly terrorist”, probably over blasphemy.

He compared it to the decapitation of teacher Samuel Paty in 2020 for having shown caricatures of the Prophet Mohammed, dismissing calls to consider the attack a state crime because authorities labeled Colonna as a special prisoner and had him held in a prison on the mainland instead of allowing him to serve time in Corsica.

"The idea that the state is behind the organisation of the death of Yvan Colonna is insulting and profoundly contrary to the truth,” he said.

Two other prisoners have had their special prisoner status reversed, and will be transferred to Corsican prisons.

Darmanin insisted the transfer is contingent upon a return to calm on the island.

“It’s not the street that decides,” he said. 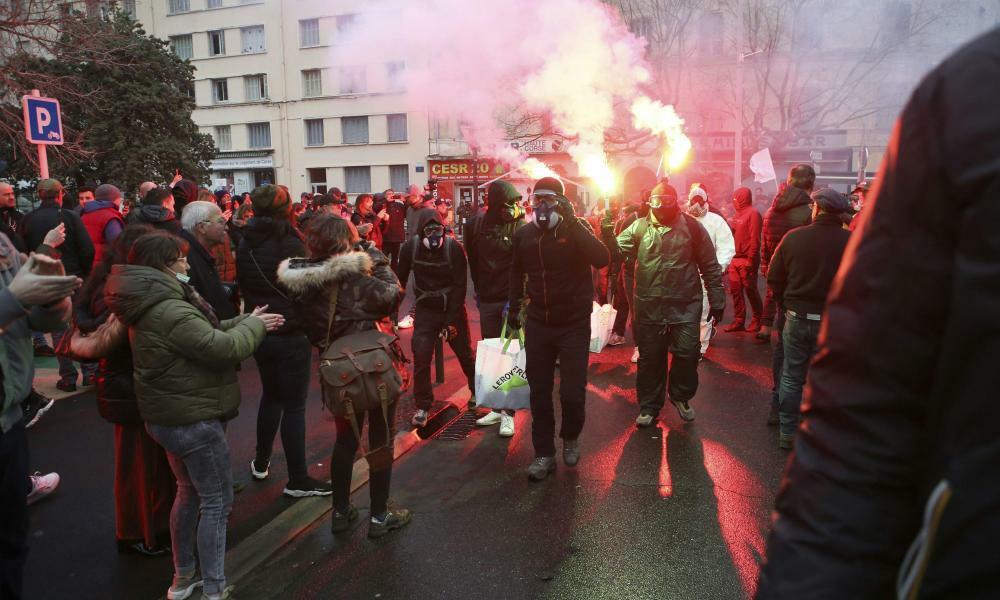