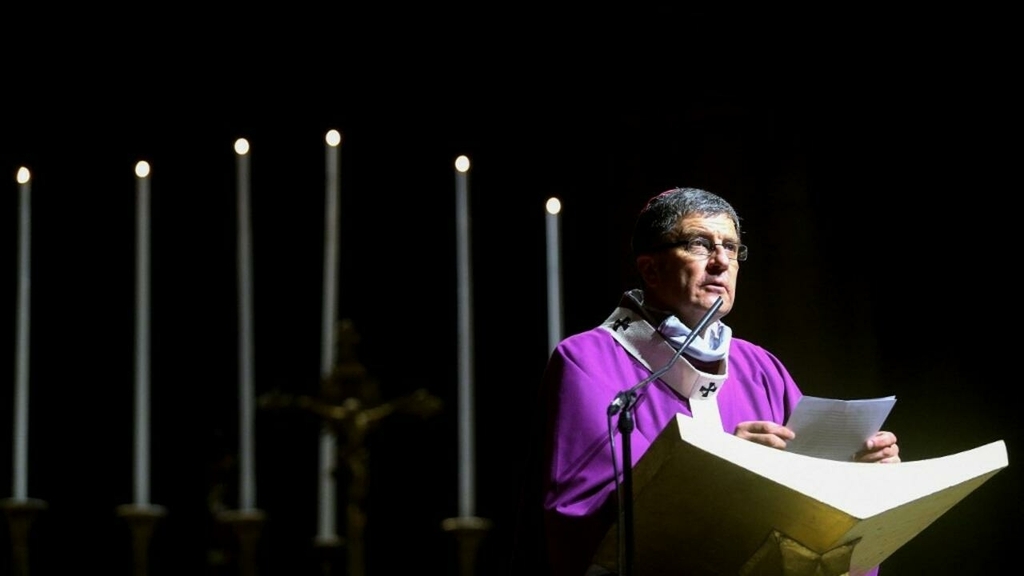 France's top bishop says protecting children from sexual abuse is an "absolute priority" for the Catholic Church, stepping back from earlier comments suggesting priests should not violate the secrets of confession.

The head of the French bishops' conference, Eric de Moulins-Beaufort, sparked outrage among victims' groups last week after saying the secrecy of confession was "above the laws of the Republic".

His comments to France Info followed the publication of an independent watershed report which found that at least 330,000 children had been victims of sexual abuse by Catholic clergy and lay members of the church over the past 70 years.

De Moulins-Beaufort was summoned for a long meeting with Interior Minister Gerald Darmanin on Tuesday – at the request of President Emmanuel Macron.

Darmanin made it clear that while French law recognises the professional secrecy of the sacrament of confession, this does not apply to disclosures which could lead to criminal cases of child sexual abuse.

The interior minister – who is also responsible for France's religious affairs – was applauded in the National Assembly when he told MPs: "I told him what I say to all religions, no law is superior to the laws of the National Assembly and the Senate ... France respects all religions providing they respect the Republic and the laws of the Republic."

Following the meeting, De Moulins-Beaufort issued a statement highlighting the "determination of all bishops, and all Catholics, to make the protection of children an absolute priority, in close cooperation with the French authorities".

He apologised for the "clumsy" wording of his answer during last week's interview and asked those who had been offended by his comments for forgiveness.

"The scope of the violence and sexual assaults against minors revealed by the report demands that the Church revise its practices in light of this reality," he said.

"It is therefore necessary to reconcile the nature of confession with the need to protect children," he added.

De Moulins-Beaufort reiterated his "shame and consternation" over the report's findings and promised to "carry out the reforms necessary for the French Church to gain everyone's trust".

He said he had asked Pope Francis to meet with the report's authors in the Vatican.

Among the report’s 45 recommendations to protect minors from predatory clergy was a request for the Church to reconsider the seal of confession in cases of abuse.

While Pope Francis has expressed his "shame and horror" over the landmark report, the Vatican has strongly defended the secrecy of confession in response to mandatory reporting laws introduced around the world.