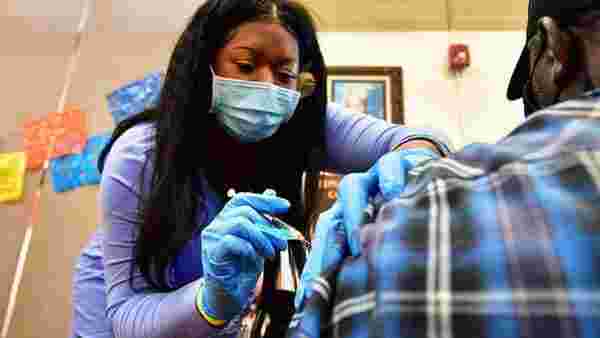 Fourth Covid vaccine dose provides strong immunity boost, study reveals
The researchers said that fourth doses of coronavirus jabs have been offered as a spring booster for those most vulnerable…

It is "over and above" the level of protection that people who have had their third jab receive, according to…

Daily Record
Covid: ‘Vaccine ceiling’ approaching for some as study suggests fourth jab may not be necessary 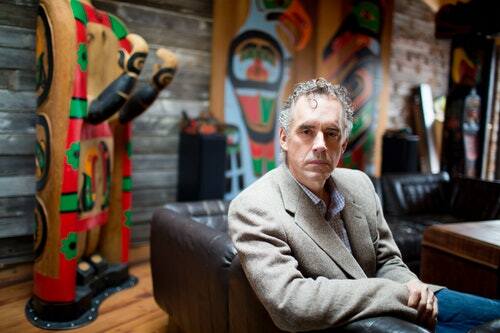 Jordan Peterson's Yumi Nu tweet deserves an award for unintentional comedy
And no amount of blatant misogyny is going to change that.

Input
Read news from The Economist, FT, Bloomberg and more, with one subscription
Learn More
It’s primary day in five states
Welcome to the Tuesday, May 17, Brew.

Not that he has access to any other social media right now, anyway.

Input
From analysis to good news, read the world’s best news in one place
How to open a coconut safely

Salon
Love Bug: Trilobites Had Extra Limbs To Hold Onto Partner During Mating

Fourth Covid vaccine provides 'a substantial boost to immunity', according to new study

A fourth dose of Pfizer or Moderna's Covid jabs provide a “substantial” boost to immunity against the virus, UK Government-funded research shows.

The study of around 160 Brits aged 50-80 found the quadruple-vaccinated had up to seven times more T cells, a defensive white blood cell, and two times more antibodies 'over and above' triple-jabbed people.

However, the research also revealed that people who had high levels of antibodies and T cells before they were given a fourth dose only got a small boost to immunity.

In a new study published in The Lancet, the "safety, reactogenicity, and immunogenicity" of fourth-dose boosters against Covid was analysed, in particular Pfizer and Moderna.

In the study, which was led by researchers at the University of Southampton, 166 triple-jabbed people, aged between 51 and 78, were given a fourth dose of either the Pfizer or Moderna vaccine.

All the study participants had previously received two doses of either Pfizer or AstraZeneca, followed by a third dose of Pfizer.

The study found that the fourth jabs helped to boost immunity levels “similar to, and possibly better than, peak responses after the third dose.”

Antibody levels after a fourth dose of Pfizer were 60% higher than four weeks after the third dose, which the scientists said was a “significant increase.”

When it came to a fourth Moderna dose, antibody levels were 2.19-times higher.

The research team said T cell levels were also boosted 7.32-fold among Pfizer recipients and 6.22-fold in the Moderna group.

Another study, published in the New England Journal of Medicine, delved further into the protection of a fourth dose of a Pfizer vaccine to protect against the subvariant Omicron.

Using the Israeli Ministry of Health database, data was extracted on 1,252,331 people who were 60 years of age or older and eligible for the fourth dose.

The study found that protection against severe illness did not wane during the six weeks after receipt of the fourth dose.

It concluded: “Rates of confirmed SARS-CoV-2 infection and severe COVID-19 were lower after a fourth dose of BNT162b2 (Pfizer) vaccine than after only three doses.

The World Health Organisation (WHO) hasn’t given an official recommendation on a fourth dose, and at this point stated “there isn’t any good evidence at this point of time” that it will be beneficial, according to chief scientist Soumya Swaminathan.

“What we know from immunology is that if you give another booster, you will see a temporary increase in the neutralising antibodies.

"But what we’ve also seen is that these neutralising antibodies will wane quite rapidly,” Swaminathan told CNBC in an interview.

Fourth Covid vaccine dose provides strong immunity boost, study reveals
The researchers said that fourth doses of coronavirus jabs have been offered as a spring booster for those most vulnerable…

It is "over and above" the level of protection that people who have had their third jab receive, according to…

Daily Record
Covid: ‘Vaccine ceiling’ approaching for some as study suggests fourth jab may not be necessary