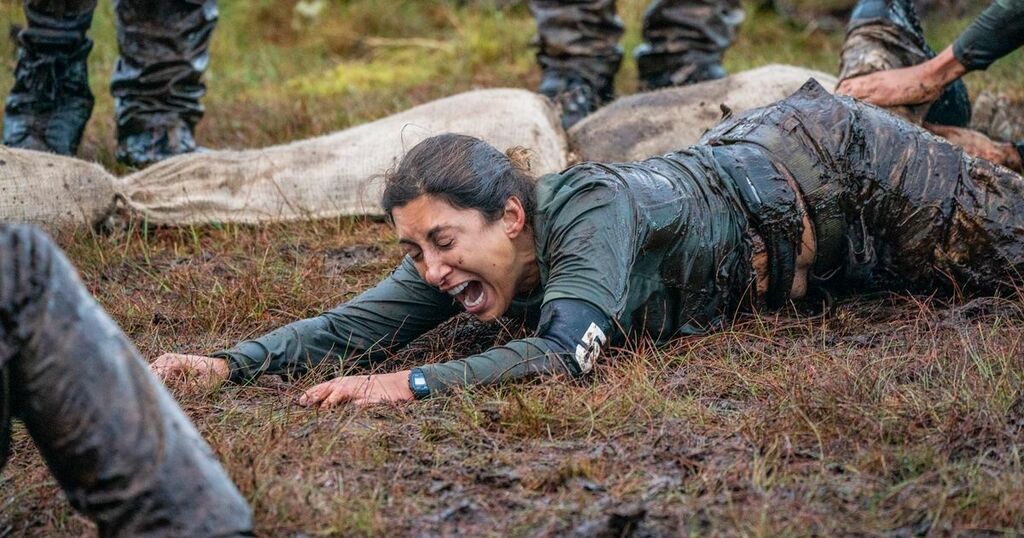 Three were injured, with two requiring surgery, while one had had enough.

Saira Khan soldiered on with a broken ankle for a day after snapping it in a mud wrestle with Ulrika Jonsson.

She required a metal plate with nine pins and her injury took six months to heal.

Explaining her ordeal in the Scottish Hebrides, Saira says: “I was waving that flag for women in their 50s to go, ‘Don’t write us off’.

“It was painful... but the adrenaline and shock. Your body just takes over.”

She previously hinted there were legal issues over her accident but says everything has been “resolved amicably”.

Saira added the show was a “wake-up call” that inspired her to quit Loose Women and her injury allowed her to slow down and lead a “richer life”.

Jake Quickenden was forced to withdraw after rupturing his pectoral muscle and bicep during a freak accident in a speedboat challenge.

The 33-year-old I’m A Celeb star’s arm went numb for 48 hours after he had four pins put in to repair the damage that occurred when he tried to haul himself on to a boat at sea.

“I ruptured my pec and my bicep, so the tendons were torn straight off the bone,” he explains. “I had to have them stretched back to my shoulder. I’ve got four pins in my shoulder now where they’re all back in place.”

It took five months of rehabilitation for Jake to recover.

And the 32-year-old was especially annoyed as she’s so used to getting injured.

“I was just devastated about that because for me breaking bones and stuff, I don’t care,” she admits.

“It’s been a part of my life with racing. I felt like I was short changed because I went out with injury. I was absolutely gutted.”

Former Queen of the Jungle Vicky Pattison admits she felt relief when she quit the competition.

Presented with the oil drum task, when contestants carry a heavy object up a hill in pairs, she admits she had a “terrible mindset”.

She told herself: “I can’t do this anymore. My dumpy little body just can’t handle it.”

Weeping, she says: “Instantly you cry, because you’re disappointed in yourself. But then you speak to loved ones, and have a shower, and you look at your bruises, and you just feel utter relief.”