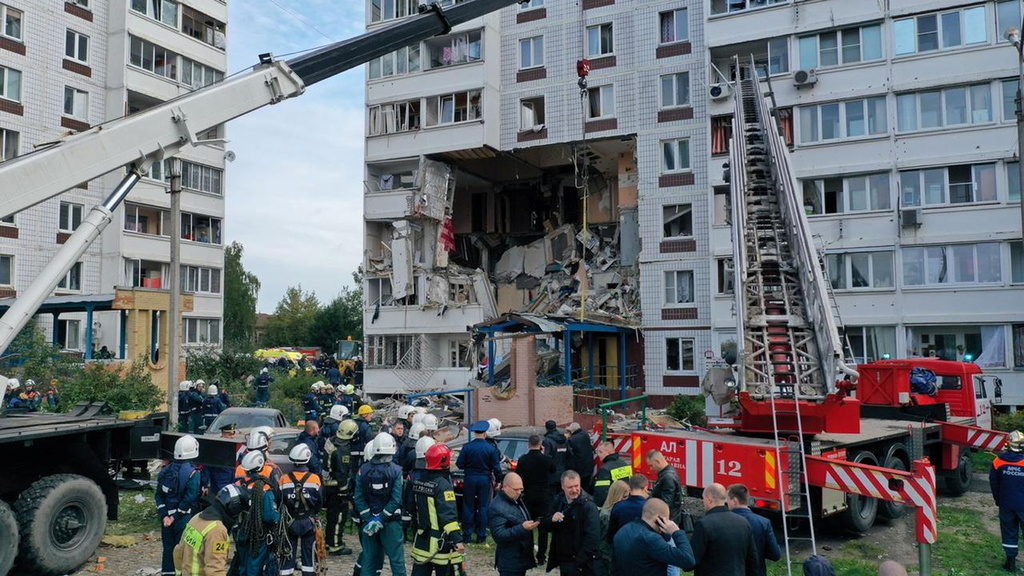 A gas explosion on Wednesday in a nine-storey block of flats in a city near the Russian capital killed two people and damaged apartments, a law enforcement agency said.

Big holes in the outer walls of the building in Noginsk city, 50 km (31 miles) east of Moscow, could be seen in video footage. Debris was strewn on the ground.

"According to preliminary data, five people were injured and two have died - a man and a woman," Interfax news agency cited a regional branch of the Investigative Committee as saying.

Rescue workers found that walls had collapsed on three of the building's floors, the local emergencies ministry said.

It said five of the building's 73 apartments were damaged and that 173 residents had been evacuated. Russian news agencies reported earlier that two children were among the injured.