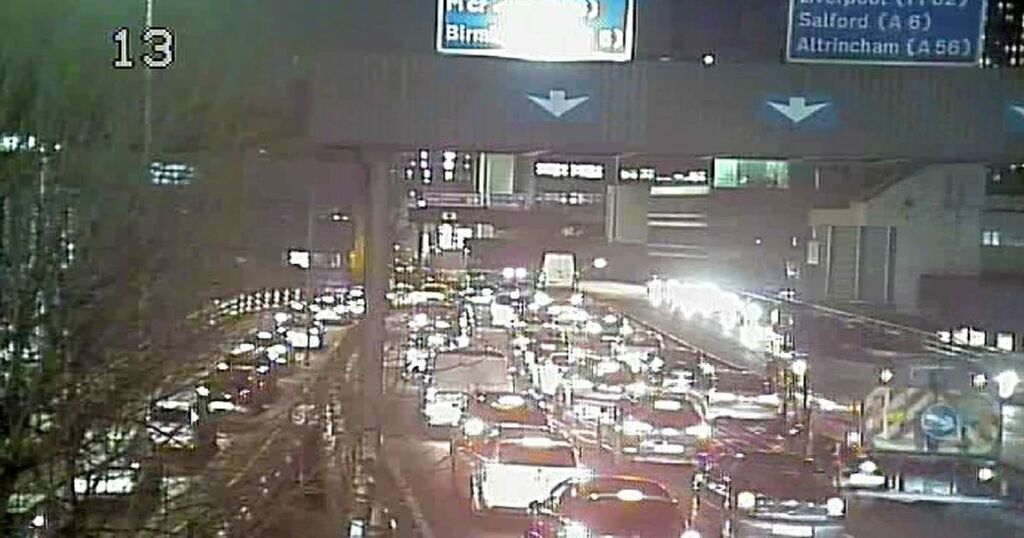 A major road in the city centre was closed for a number of hours this evening after a crash involving four vehicles.

Around 5.40pm emergency services were called to a 'multi-vehicle' collision between three cars and a van on the Mancunian Way near to Upper Brook Street.

One lane was initially closed before all lanes were closed off with traffic held around 5.55pm.

Read more: Unable to work, depressed and 'zombified' on painkillers - the human face of cancelled surgeries

A TfGM Tweet said: "One lane closed traveling westbound near Upper Brook Street entry slip due to a multi-vehicle RTC.

Traffic was seen building to the point that it was queuing past Fairfield Street while emergency services dealt with the collision.

The road was closed with traffic held until around 8.20pm.

Greater Manchester Fire and Rescue Service said four people were treated by the ambulance service at the scene of the crash, with the extent of their injuries unknown.

“The collision involved three cars and one van and firefighters helped to make the scene safe.

"Four casualties were treated by North West Ambulance Service at the scene and fire crews were in attendance for approximately fifty minutes."

Greater Manchester Police have been approached for more information.