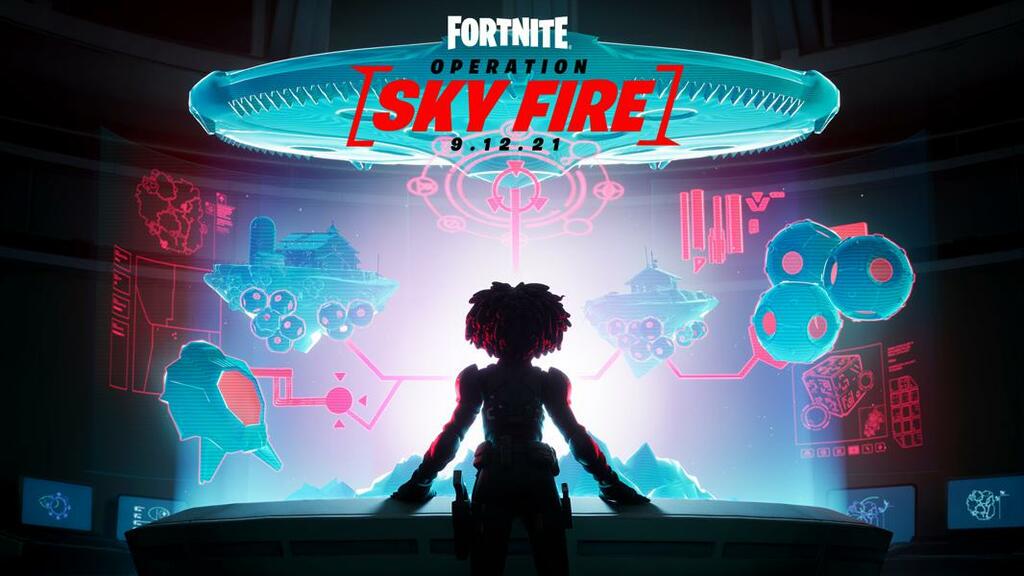 Fortnite is about to go to war. Dr. Slone’s IO troops and the alien invaders are about to have a massive showdown in Operation Sky Fire, the big season-ending live event that takes place later today. Here’s everything you need to know before preparing for battle.

However, you will want to login much earlier. At the very latest, login to Fortnite half an hour before the event kicks off. This is when the special Operation Sky Fire playlists will go live. You’ll want to be in this mode for the live event.

You might want to login even earlier than that, however, if you have any Gold Bars, Alien Artifacts or Battle Stars left to spend. Once the event kicks off, none of these will be available ever again.

When Does Season 7 End And Season 8 Begin?

Season 7 officially ends with Operation Sky Fire (I am definitely not finishing my Battle Pass this season as I simply did not enjoy the game enough to play it that much) but Season 8 won’t start right away after.

Season 8 is set to launch on Monday, September 13th but no official time has been announced. Judging by past seasons it’s likely the update will go live in the wee hours of the morning with downtime kicking off either after the live event is over, or in the middle of the night. Often these updates go live around 1 am PT / 4 am ET / 9 am BST.

What To Expect During The Live Event

We also know that there will be bombs:

Do We Know Anything About Season 8?

Honestly, all the teasers so far seem to be geared toward the live event rather than anything to do with Season 8. Will the Slone vs Aliens story continue in some fashion? I genuinely hope not.

Will the crappy menu system remain, making it harder to track what challenges you need to complete each week since they’re all given by NPCs now? Probably.

Season 8 does mean we only have three seasons of Chapter 2 left and then hopefully we’ll get a new map or go back to the old one. This map has worn out its welcome, and no amount of new locations or map changes that I can imagine will fix that.

We’ll know more tomorrow. Stay tuned to Forbes Games for coverage of Operation Sky Fire and the start of Season 8.