Formula E London 2022 tickets: Where can I buy them and when is the race?

This time, the London E-Prix features a double-header of races, with a return to full capacity grandstands in London for the first time since the 2016 race in Battersea Park.

The race circuit is overlaid on the streets around, and even inside, the ExCeL London - the emissions-free nature of the cars means the track switches from indoors to outdoors in a unique setting.

Twenty-two drivers from 11 teams including Porsche, Jaguar, Nissan and Mercedes, compete in the ABB FIA Formula E World Championship, the first all-electric motorsport sanctioned as world-class by motorsport’s governing body, the FIA. London will host Rounds 13 and 14 in Season 8 of the championship’s biggest-ever 16-race calendar.

Along with the races, a full festival of entertainment will be on hand including the Formula E fan E-Village, a Gaming Arena with racecar driving simulators, live music and more.

A unique race car livery designed by iconic east London street artist Mr Cenz has been revealed, while London-raised DJ and producer Jax Jones will perform at the event.

When and where is the London E-Prix?

Events will be held across Saturday 30 July and Sunday 31 July at ExCeL London.

How much are tickets and where can I buy them?

Grandstand seat tickets are available now starting at £49 from the Formula E website. The link will take you to the London E Prix page for purchasing tickets.

What is the full race schedule for the rest of the season? 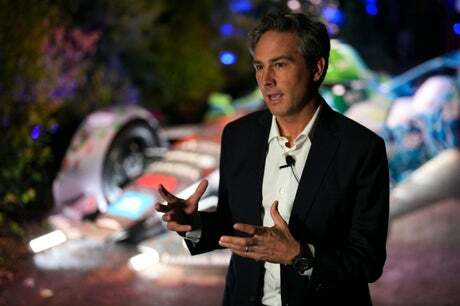 Formula E in London: CEO Jamie Reigle promises ‘futuristic’ and ‘spectacular’ ePrix in capital
Formula E is out to create a “futuristic” and “spectacular” show as it finally welcomes fans through the doors of…

Evening Standard
One subscription that gives you access to news from hundreds of sites
UFC London 2022 tickets: When are they on sale and where can I buy them?