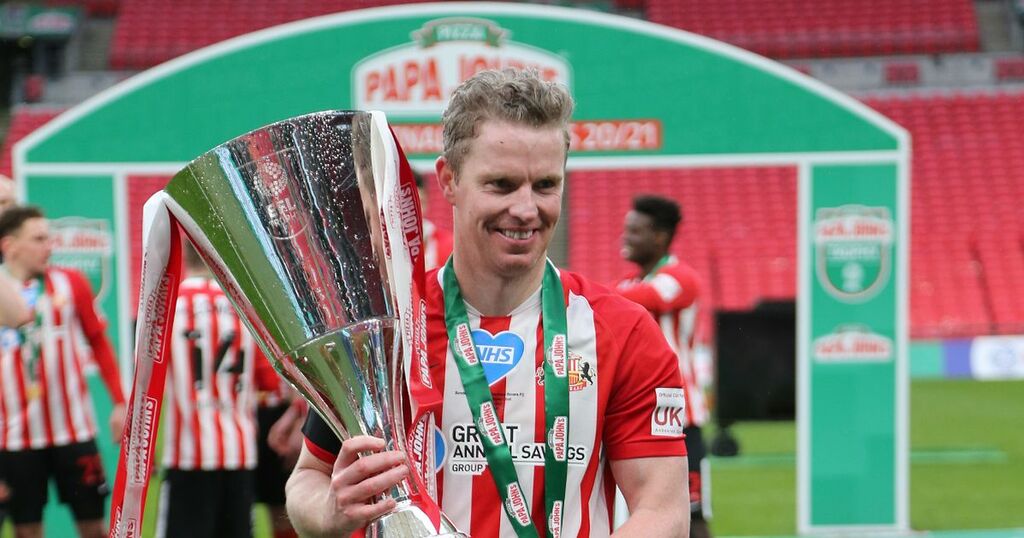 Grant Leadbitter has called time on his playing career after leaving Sunderland over the summer, saying the memories of his time at his boyhood club will 'live with me forever'..

Leadbitter graduated from the Black Cats' academy and made his senior debut as a 17-year-old in 2003 during Mick McCarthy's time in charge of the club.

But it was under Roy Keane that Leadbitter became a regular in the side, with the former England U21 international helping the club win promotion to the Premier League in 2007.

READ MORE: Lee Johnson does not want to be 'the big bad wolf' after leaving out Aiden O'Brien

After making more than 120 appearances he left Sunderland in 2009 to link up with Keane again at Ipswich Town, before moving to Middlesbrough in 2012 where he won promotion to the Premier League under Aitor Karanka in 2016.

He returned to Sunderland in January 2019, going on to make more than 80 appearances in his second spell and winning the EFL Trophy with the club at Wembley in March.

He was released when his contract expired at the end of June, having made 210 appearances and scored 18 goals across his two spells at Sunderland, in a career which extended to almost 600 appearances in total.

And after taking some time to reflect on his future the 35-year-old confirmed via an Instagram post this morning that he has decided to retire.

The post read: "The time has come to officially end my days playing professional football.

"After taking a few months off to enjoy a holiday with the family and reflect, I've realised I am ready to retire.

"Of course there has been a temptation to carry on, but since playing my final game for Sunderland in May I have had it in my mind I wasn't going to play on. I just wanted to be sure it was the correct decision.

"For me to finish after my second and final spell at the club where it all started, the one I supported as a boy, and where I loved going with my mam and dad, just seems right.

"Now I can look forward.

"I would like to thank my mam and dad for everything they did for me and my sisters - helping me to fulfil a dream.

"And, of course, I want to thank my wife and two daughters for all of their support throughout a career which has led me to play for clubs with great history.

"The memories I have from playing for Sunderland, Middlesbrough and Ipswich will live with me forever.

"Those promotion celebrations with Sunderland and Middlesbrough were incredible and I am proud to have played in the Premier League for both.

"I have worked with some fantastic people, some top players and under brilliant managers. I loved wearing the colours of all the clubs I played for and it was an honour to wear the England shirt from schoolboy all the way up to Under-21s.

"Who knows what the future holds but I am excited about it.

"I will miss playing but whether I go into coaching, the media or even something else I know I can draw on my experiences and help others in the future.

"Once again, thank you to everyone who has helped me along the way."