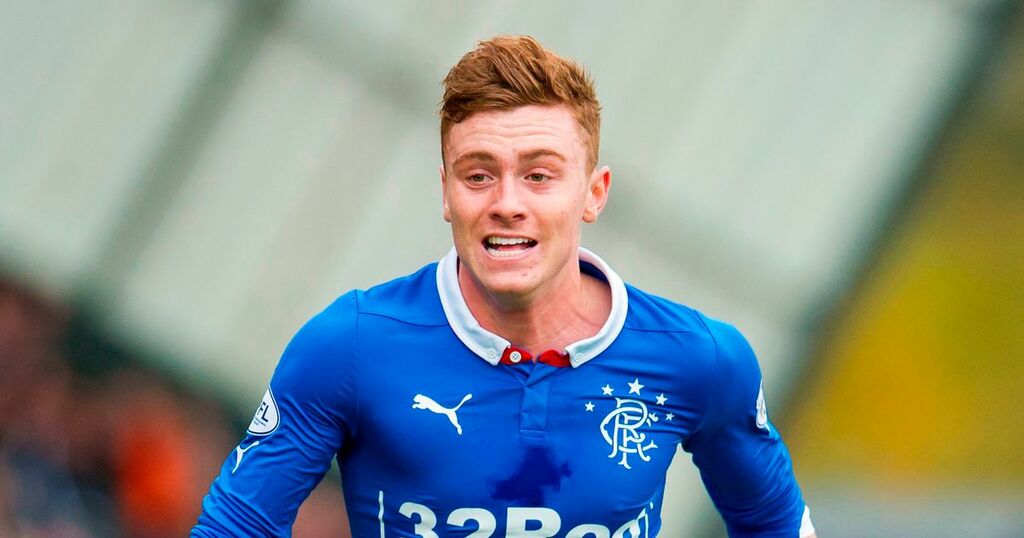 Former Rangers midfielder Lewis Macleod admits he finds himself at a career crossroads - with injury forcing him to consider his future in the game.

The 27-year-old was released by English League One side Plymouth Argyle in May after a season blighted by a knee injury and he underwent surgery in the summer, which is set to rule him out for this season entirely.

Macleod, who hails from Newmains, is now working on his rehab independently and is receiving some assistance from former Rangers physio Steve Walker to aid his recovery.

But after injury-ravaged spells at Brentford and Wigan as well since leaving Ibrox in 2015, Macleod admits he may have to consider hanging up his boots if his rehab doesn't go according to plan.

He told Lanarkshire Live Sport: "The injury itself is supposed to take six months to heal, but I'm not training every day with a football team so it's probably going to be six to nine months.

"That obviously takes up a full season anyway, so I haven't planned on looking at a team in January.

"I'm doing rehab at the moment and I'll just need to see how it goes.

"It's different doing rehab yourself when you don't have a club.

"I've been in the gym training with Steve Walker, who used to be the Rangers physio. He's just seeing me whenever he can - usually once a week - to get going again, but I've got no immediate plans to get back playing.

"I'll see how the rehab goes and see what happens, but if it doesn't go to plan I might have to start looking at something else.

"But I won't cross that bridge until I come to it.

"I've not thought that far ahead and I'll concentrate on doing coaching badges for the moment.

"I still love football and I still have a passion for it, but actually playing it, not so much in the last few years with the injuries.

"Whether I'm lucky enough to be back playing next season or looking to coaching instead, who knows."

Macleod came through the youth ranks at Rangers with the likes of Barrie McKay and helped Gers climb through the lower leagues between 2012-15.

He even earn a call-up to Gordon Strachan's Scotland squad during that period before going on to play for Brentford and Wigan.

He played under Mark Warburton at Brentford - before the gaffer eventually ended up at Ibrox himself in 2015 - but his spell there was hampered by hamstring problems, medial ligament damage and a knee injury, making 41 appearances in four years.

A move to Wigan followed in 2019 but he failed to hold down a first team spot and made just 12 outings for the Lactics.

Macleod managed 17 appearances before being released in May and he's been left exhausted by it all.

He added: "I've had loads of injuries the last few years and I probably haven't enjoyed football as much as I should.

"Last season I got an injury about a month or two into the season and I played with it for the rest of the year because I didn't quite know what was up with it.

"Then at the end of the season I found out that I had to have surgery.

"I had the surgery and with my injury history, I knew I just wanted to take time away from football just to get myself right.

"I've not even been actively looking for another team, so I'm biding my time for now.

"I signed for Plymouth with the intention of playing a lot of games and getting back into the swing of things after Wigan, but picking up an injury a month-and-a-half into the season there wasn't ideal.

"I've been looking forward to taking a wee break from it, to be honest.

"If I do come back, it won't be: 'I want to play at this level or that level' because that's not a position I'm in.