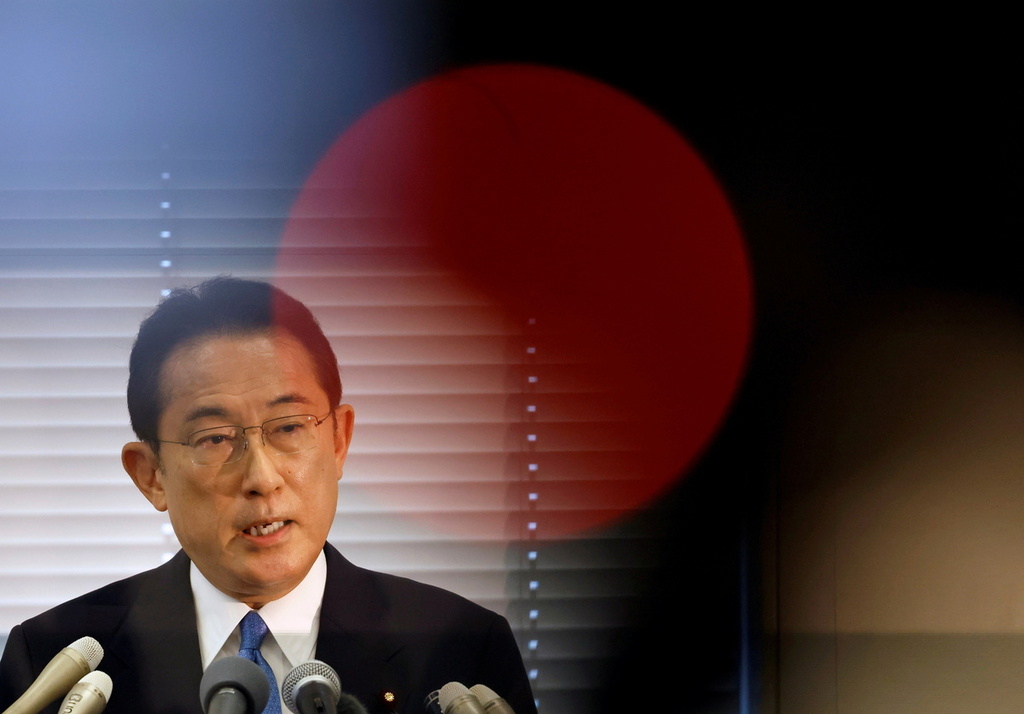 Japan should strive for a new form of capitalism to reduce income disparity that has worsened during the COVID-19 pandemic, Fumio Kishida, who hopes to become the next prime minister, said on Wednesday.

Kishida, a former foreign minister, presented his economic policies as part of the Liberal Democratic Party (LDP) leadership race, which started last week after Yoshihide Suga said he would step down. The winner is assured of becoming Japan's next premier.

Kishida said deregulation during the reform era in the early 2000s widened the gap between the haves and have-nots and that former prime minister Shinzo Abe's "Abenomics", which sought to fix tattered finances by achieving high growth and boosting tax revenues, did not result in benefits trickling down.

"There's no doubt Abenomics has brought a major achievement on growth but in terms of distribution of wealth, trickle-down has not yet happened."

Kishida repeated a call for an economic stimulus package and reiterated his support for the Bank of Japan's 2% inflation target as "a global standard".

Kishida also called for setting up a 10 trillion yen ($90 billion) university fund to stimulate science and promotion of renewable energy, while retaining nuclear power technology, which he said should be considered as a clean energy option.

Takaichi launched her challenge on policies to strengthen security and help boost the COVID-battered economy.

She became the first female internal affairs minister in the second Abe administration in 2014, and local media said he supported her bid, helping her obtain the 20 lawmaker backers she will need to formally enter the contest.

But Takaichi has ranked poorly in popularity ratings, which could hamper her chances.

Whoever wins the Sept. 29 vote of grass-roots LDP members and party lawmakers will lead the party in the lower house election that must be held by Nov. 28, making public appeal an important factor in choosing Suga's successor.

A member of the party's most conservative wing, Takaichi on Wednesday defended her frequent visits to the Yasukuni Shrine, a memorial to Japan's war dead. Such visits by Japanese leaders infuriate old wartime foes such as China and South Korea.

"I do this as a Japanese citizen to express my respect and thanks," said Takaichi. "It's my freedom of religion to do so."

She distanced herself from statements issued by Japan in the past apologising for its wartime aggression, instead highlighting the one proclaimed by the Abe government.

"It said our children's and grandchildren's generations should not have to keep apologising," said Takaichi.

She condemned China's abuses of ethnic minorities in Xinjiang and Tibet and said Japan should protect members of such groups residing in Japan who are facing threats.

Takaichi also called for legislation to prevent leaks of advanced technologies out of Japan, and said she would shelve the goal of hitting a primary budget balance until the Bank of Japan's 2% inflation target was met.

"Sanaenomics has three pillars of bold monetary easing, fiscal spending and crisis-control investment," Takaichi said. "We'll mobilise all of them to achieve the 2% inflation target."