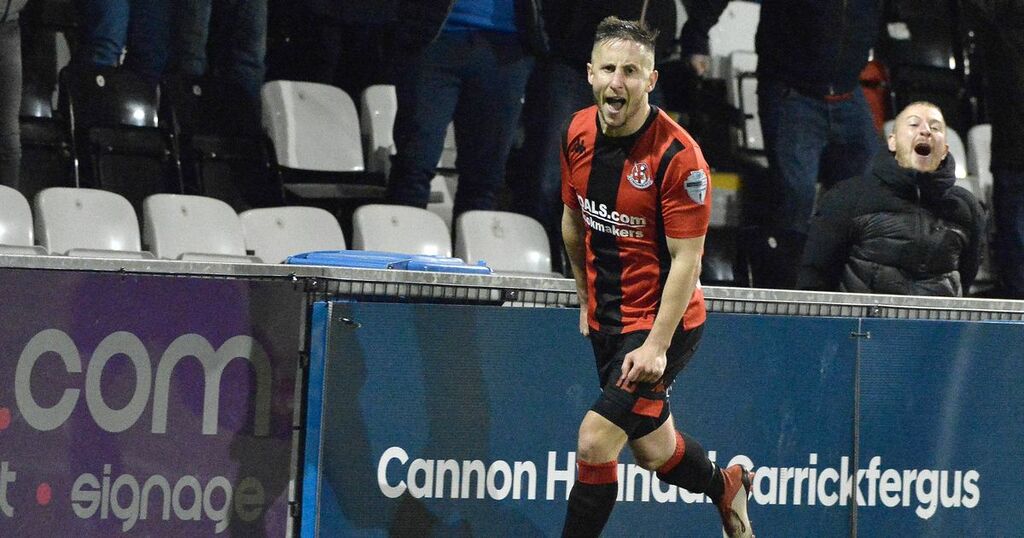 The Linfield and Crusaders title winner, and one-time teenage trainee at Charlton Athletic, was entrusted with the role of player-manager at Robert Adams Park over the summer.

And Saturday’s heavy loss to Gareth McKeown’s much-fancied Comber aside, it’s been a decent start to the new campaign for the 1A outfit, who had only conceded one goal in all competitions heading into the weekend.

Yet despite some rival managers speculating that Kilmore could have a say in the race for honours, Carvill is having none of it. He maintains his one and only focus at these early stages is a rebuild.

“I met with the committee who obviously I know, I grew up with a lot of them, and we sat down and talked about it,” Carvill (33) told Match on Tuesday.

“I just thought it was the right time, the right thing to do and as for the squad, I didn’t even ask any questions, I knew the spine of it and I knew there was enough there.

“So the first thing I wanted to do was get the local boys playing again, and with the board, there was no talk of trophies or cups or winning things or long-term goals, it was just about getting a team together.

“Obviously with the Covid situation, all Amateur League clubs are the same, we didn’t know if players were moving, leaving, going on to different things.

“So for me, it was just going in, seeing what I had and trying to build something.

“We are still in the very early stages of that build, and I said this from the start, I didn’t want to go and sign players from different places, I wanted to work with what I have and see what we can do, and at the minute, I’m really enjoying it.”

Carvill kicked off his burgeoning reign with four straight wins, hammering Lisburn Rangers and Downpatrick 6-1 and 5-0 in the league respectively, and securing Steel Cup wins over Larne Olympic and Orangefield in between.

Back-to-back defeats to Comber in the Border on penalties and then 6-0 in the league has stalled some of that early momentum, and things don’t get much easier when they host East Belfast in the third round of the Steel Cup this weekend.

Whatever happens this Saturday is unlikely to dampen Carvill’s enthusiasm for the job, however, with the five-times Gibson Cup winner relishing his new lease of life in the Amateur League.

“That was one of the things that attracted me to the job, I still wanted to play,” he said.

“My first job is as a manager, and then my second job is as a player, so when it comes to about 1.50pm on a Saturday, I switch off with the managerial side of things and pass it over to Paul Mullan, who takes on a lot of responsibility.

“The best piece of advice I was given is that you need a really strong No. 2 and with Paul, I can pass on the reins, he has loads of experience, the players all like him and want to play for him as well, so it’s good.

“It’s just great to see a local bunch of lads travelling around and enjoying playing again after all this saga with Covid, I think that’s been the most satisfying thing.”