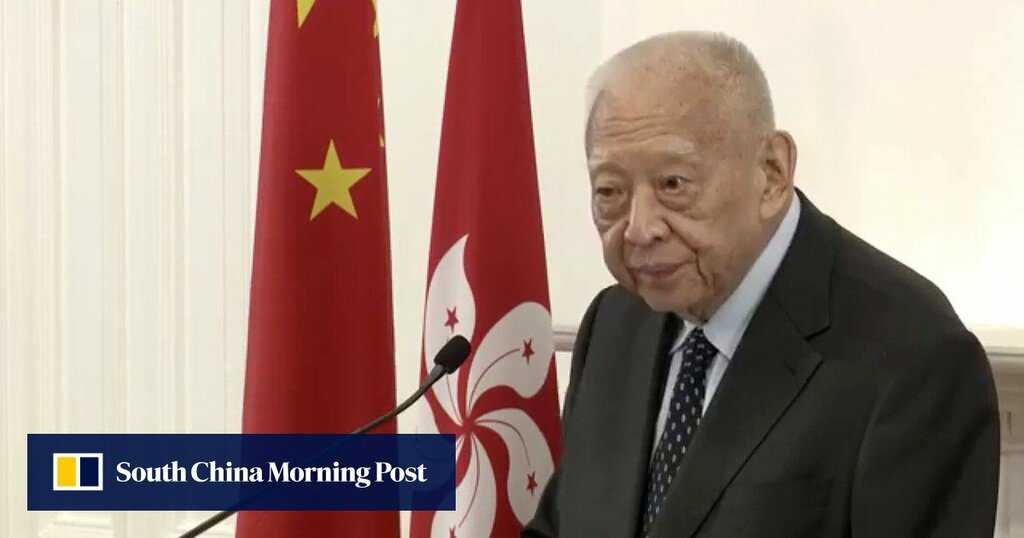 Hong Kong’s first chief executive, Tung Chee-hwa, was in hospital on Monday for a check-up related to a previously undisclosed operation, his spokesman said.

“Mr Tung Chee-hwa underwent an operation at Queen Mary Hospital last month and it went well, with him recuperating,” the spokesman said in a statement that offered no further details about the procedure or medical condition leading to it.

The Post understands that Tung was discharged from hospital at some point following the operation and that Monday’s return visit was for a check-up.

“Since regular check-ups are needed following the operation, Mr Tung is now in hospital for further check-ups,” the spokesman said in the morning statement.

Speculation about the 84-year-old’s health has been rampant since the city’s National Day celebrations on October 1, when observers noted his absence.

The eldest son of a shipping magnate, Tung served as Hong Kong’s first chief executive between 1997 and 2005. He stepped down before completing his second term, citing health problems.

But since then, he has gone on to become vice-chairman of Beijing’s top advisory body, the Chinese People’s Political Consultative Conference, while also leading the Our Hong Kong Foundation, a think tank he founded.

Tung has recently been back in the spotlight following Beijing’s radical revamp of Hong Kong’s electoral system, which critics have called an attempt to quash dissent.

In addition to expanding the Legislative Council and introducing a more stringent vetting system to ensure only “patriots” govern Hong Kong, the reforms have equipped the city’s Election Committee with a range of new powers far beyond its previous remit of selecting the chief executive.

Tung and fellow ex-chief executive Leung Chun-ying have been widely tipped as the favourites for the Election Committee’s newly created chief convenor post, a role reserved for someone at state leader level who will represent Beijing in solving any problems that might arise during coming elections.

The powerful body, expanded by 300 seats to 1,500, is almost completely dominated by Beijing loyalists and pro-establishment figures following September’s election, the first in Hong Kong since the overhaul. The committee is also freshly empowered to nominate members for Legco, and will send 40 lawmakers, some or all of whom can be from its own ranks, directly to the legislature.