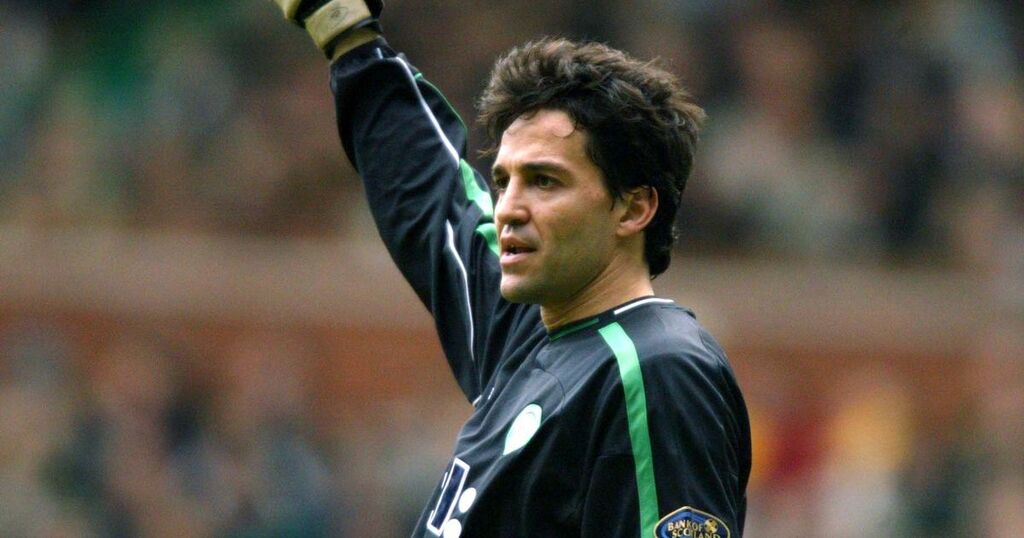 He may well be the oldest player on the park but reining in funny man Joaquin is crucial if Celtic are to have the last laugh in Seville.

The Spaniard knows Betis will be expecting to win the Europa League opener as Manuel Pellegrini’s side have consistently shown they are a force in La Liga.

Still standing at the centre of it all is skipper Joaquin, now 40 years of age.

The former Spain star played against Broto and is a massive influence on Seville’s other club while also being a box-office star off the pitch too.

The winger came off the bench to help Betis claim their first win of the league campaign on Monday night, a 2-1 result away to Granada on Monday night.

And Broto, at Celtic Park during their run to the 2003 UEFA Cup Final only to be cup-tied, said: “Betis have a lot of good players, although my favourite is Joaquin.

“He was one of the top players in La Liga for many years but now he is older. I have played against him many times in Spain for Betis and Valencia.

“Joaquin is a very funny guy. He does a lot of television work and a lot of people expect him to go into that after he hangs up his boots.

“When it comes to football then he is very serious. He is massive for Pellegrini. He is a player the entire Betis team look up to.

“He is technically and tactically very important and he also has a real presence at the club. Even if he doesn’t play, he is very important in the dressing room.”

Broto is keeping his fingers crossed that his old team can spring a shock when they travel to Seville for tomorrow Group G opener.

Ange Postecoglou ’s side face Betis, Bayer Leverkusen and Ferencvaros as they look to try to reach the knockout stages.

“I hope they can get a result but I know what a good team Betis are and how dangerous they can be, especially at home. Most people in Spain will be expecting Real Betis to win.

“I haven’t seen a lot of Celtic’s games because I am back in Spain, although I always look out for their results. They seem to be finding their feet, though, under their new manager.”

One thing is certain – Los Verdiblancos will know to expect if Celtic go for a traditional British approach.

Head coach Manuel Pellegrini is more than schooled in the British game after his spells in charge of Manchester City and West Ham.

During his time at City he led them to the Premier League title and two League Cup trophies.

The former Livingston star said: “Betis have a top manager in Pellegrini.

“He is vastly experienced and a lot of people will know him from his spells at Manchester City and West Ham United.

“He likes to play football the right way. He likes his teams to pass, move and attack.

“They have been creating a lot of chances without really taking them but Betis look like they are now getting that cutting edge and it will make them very dangerous against Celtic.”

Betis can boast the likes of German Pezzella who was a big player as Argentina lifted the Copa America in the summer. They also have Borja Iglesias, Portuguese star William Carvalho, Mexican Andres Guardado, French cap Nabil Fekir and Hector Bellerin on loan from Arsenal.

Broto added: “Betis’ strength is their team. Pellegrini wants that, he doesn’t want a team built around individual stars.

“He prefers to have a good strong team, with good players. Borja Iglesias is a good player and a big physical striker who can be a big threat.

“The Mexican, Andres Guardado, is another good midfielder, as is the Portuguese player William Carvalho.

“It helps teams become better and more used to the physical side. And they can add that to the technical side of things where Spanish teams are really strong.”

Broto, who now runs Ivanca, which customises trainers and sporting wear, also believes it is a major disappointment that the Seville authorities have stopped the Celtic fans from attending the game in the Benito Villamarin Stadium.

He knows what Seville means to them having been part of Martin O’Neill’s team who got to the 2003 UEFA Cup Final, although he didn’t play because he was cup-tied.

The former Hoops player said: “It is normally a hotbed for games. The atmosphere at Real Betis is normally great, although I am not sure what it is like in Seville with the Covid restrictions.

“It will be a shame that there are no Celtic fans there because everybody knows what the city means to them.

“It will be a good atmosphere for the Celtic players but it won’t be anything compared to Celtic Park.

“For me, it is the best stadium in the world. I regularly say that to Iker Casillas, he just laughs but he never argues with me!”