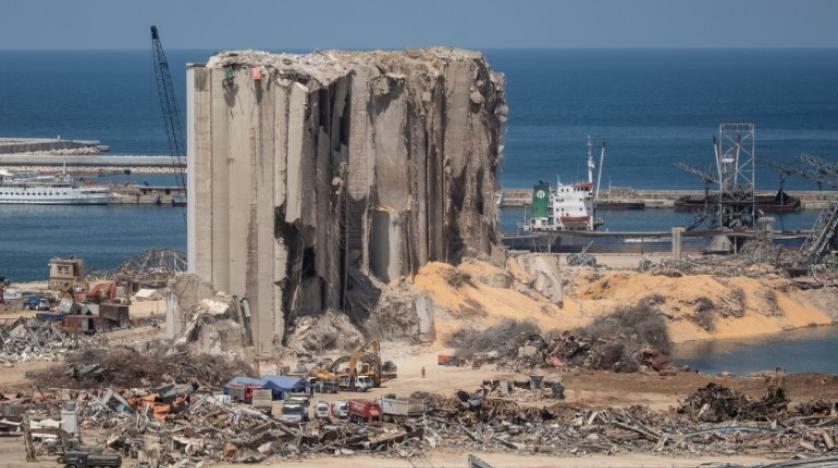 The state-run National News Agency (NNA) said that Qahwaji was questioned in the presence of his lawyer Antoine Toubiya and the personal prosecution team that represents the families of the victims and the affected.

“The hearing session ended as Bitar delayed taking any measures against Qahwaji after the latter’s lawyers asked the judge to first interrogate former head of army intelligence Kamil Daher in connection with the port explosion,” NNA wrote.

Toubiya told a local television channel that in the next hearing, he would present documents that prove his client’s innocence.

Qahwaji, who was commander of the Lebanese army in 2013 when 2,750 tons of ammonium nitrate entered the port, is part of an indictment list that Bitar issued on July 2 against a number of former military and security chiefs, accused of having a role in the explosion.

As Bitar questioned Qahwaji, family members of blast victims gathered at the entrance of Block 9 of the port amid tight security measures.

They demanded the immediate lifting of political immunity offered to any person that Bitar asks for questioning.

Ibrahim Hoteit, a representative of the victims’ families, said that the Lebanese authorities are trying to manipulate the investigation, adding that the families reject keeping the political immunity of officials.

He said the families are planning a number of escalatory measures until justice prevails.