Former Airdrieonians goalie jailed for stealing £15,000 from his grandfather 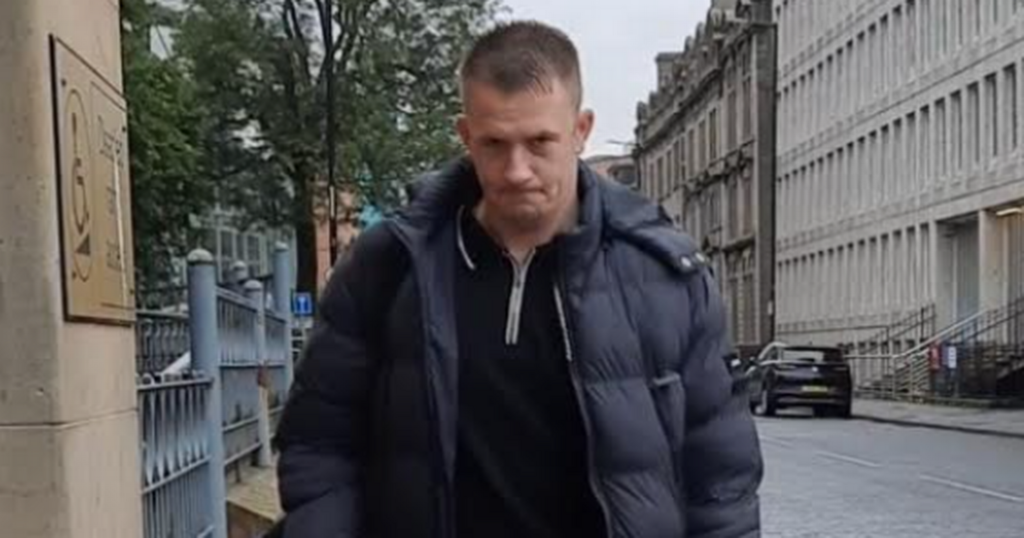 A former Airdrieonians goalkeeper has been jailed for eight months for stealing £15,000 from his 78-year-old grandfather.

Callous Grant Adam, 30, embezzled thousands of pounds from Charles Adam in various locations across Dundee while he was supposed to be looking after his affairs.

Dundee Sheriff Court was told that Adam, who played for Airdrieonians 38 times across three separate loan spells, had family issues which led to him misusing illicit substances and he had also developed a gambling problem.

Solicitor Jim Laverty, defending, said Adam, also a former Rangers and Dundee goalie, had been affected by "various family matters" which had "turned what was an intrinsically honest man into a man who has taken this course".

"Make no bones about this - it will be seen by many as a despicable offence. At the time he was in a bad place and had fallen to certain addictions."

Sheriff George Way told Adam his crime was "despicable" and that his dishonesty will have eroded public confidence in the Power of Attorney system.

"The use of a continuing and surviving Power of Attorney is a powerful tool to help people who are becoming frail and infirm," Sheriff Way said.

"There is a serious issue here. Someone has taken a decision when they still had capacity to place their trust in Mr Adam. He not only betrays that trust, but he undermines the trust of the public in such things.

"This was a despicable crime. This was persistent. You took it in £500 to £600 lots in order to fund your habit. I must mark this with a custodial sentence."

Adam admitted helping himself to £15,000 from his grandfather's Post Office account while he had Power of Attorney over the pensioner's finances.

Adam, from Dundee, admitted embezzling £15,000 while acting as Power of Attorney for Charles Adam between October 1, 2019, and January 6 last year

He owned up to the fact he "failed to act in accordance with the duties and powers conferred on him" as a continuing Power of Attorney for his grandfather.

The court heard he withdrew the cash from a Post Office account and appropriated the funds for his own use and not for the benefit of Charles Adam.

In September last year, Adam was admonished after he admitted pushing his partner and repeatedly booting a patio door during a row at her home.

He was allowed to escape any punishment on that occasion after the same court heard he and his victim were back in a relationship.

In that case, Adam admitted acting in a threatening or abusive manner which caused fear or alarm on September 14, 2019.

He admitted shouting, swearing, kicking the patio door a number of times and pushing Kirsty Rowlands on the body at her home in Dundee.

Part of the charge, which alleged Adam pinned her against a wall, seized her mobile phone and deleted a video, was dropped by the Crown.

Solicitor Scott Norrie, defending, told the court: "Their relationship is back on track so there are no issues as far as that is concerned."