Forget plans to lower emissions by 2050 – this is deadly procrastination 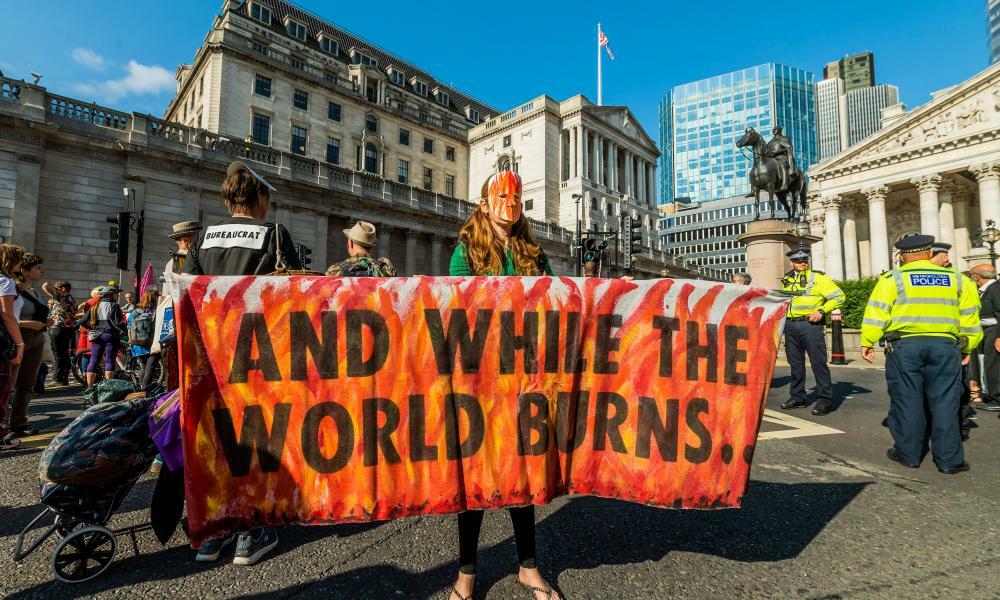 The world has by and large adopted “net zero by 2050” as its de facto climate goal, but two fatal flaws hide in plain sight within those 16 characters. One is “net zero.” The other is “by 2050”.

These two flaws provide cover for big oil and politicians who wish to preserve the status quo. Together they comprise a deadly prescription for inaction and catastrophically high levels of irreversible climate and ecological breakdown.

First, consider “by 2050”. This deadline feels comfortably far away, encouraging further climate procrastination. Who feels urgency over a deadline in 2050? This is convenient for the world’s elected leaders, who typically have term limits of between three and five years, less so for anyone who needs a livable planet.

Pathways for achieving net zero by 2050 – meaning that in 2050 any carbon emissions would be balanced by CO2 withdrawn through natural means, like forests, and through hypothetical carbon-trapping technology – are designed to give roughly even odds for keeping global heating below 1.5C. But it’s now apparent that even the current 1.1C of global heating is not a “safe” level. Climate catastrophes are arriving with a frequency and ferocity that have shocked climate scientists. The fact that climate models failed to predict the intensity of the summer’s heatwaves and flooding suggests that severe impacts will come sooner than previously thought. Madagascar is on the brink of the first climate famine, and developments such as multi-regional crop losses and climate warfare even before reaching 1.5C should no longer be ruled out.

Meanwhile, “net zero” is a phrase that represents magical thinking rooted in our society’s technology fetish. Just presuppose enough hypothetical carbon capture and you can pencil out a plan for meeting any climate goal, even while allowing the fossil fuel industry to keep growing. While there may be useful negative-emissions strategies such as reforestation and conservation agriculture, their carbon capture potential is small compared with cumulative fossil fuel carbon emissions, and their effects may not be permanent. Policymakers are betting the future of life on Earth that someone will invent some kind of whiz-bang tech to draw down CO2 at a massive scale.

The world’s largest direct air capture facility opened this month in Iceland; if it works, it will capture one ten-millionth of humanity’s current emissions, and due to its expense it is not yet scalable. It is the deepest of moral failures to casually saddle today’s young people with a critical task that may prove unfeasible by orders of magnitude – and expecting them to somehow accomplish this amid worsening heatwaves, fires, storms and floods that will pummel financial, insurance, infrastructure, water, food, health and political systems.

It should tell us all we need to know about “net zero by 2050” that it is supported by fossil fuel executives, and that climate uber-villain Rupert Murdoch has embraced it through his News Corp Australia mouthpiece.

So where does this leave us? Stabilizing the rapidly escalating destruction of the Earth will require directly scaling back and ultimately ending fossil fuels. To lower the odds of civilizational collapse, society must shift into emergency mode.

It will be easy to tell when society has begun this shift: leaders will begin to take actions that actually inflict pain on big oil, such as ending fossil fuel subsidies and placing a moratorium on all new oil and gas infrastructure.

Then rapid emissions descent could begin. I believe the global zero-emissions goal should be set no later than 2035; high-emitting nations have a moral obligation to go faster, and to provide transition assistance to low-emitting nations. Crucially, any zero goal must be paired with a commitment to annual reductions leading steadily to this goal year by year, and binding plans across all levels of government to achieve those annual targets. If this sounds extreme, bear in mind that climate breakdown has still only barely begun and that the damage will be irreversible.

Negative emissions strategies must also be left out of climate planning – in other words, forget the “net” in “net zero”. Otherwise they will continue to provide the distraction and delay sought by the fossil fuel industry. It would be beyond foolish to gamble our planet on technologies that may never exist at scale.

Due to the decades of inaction dishonestly engineered by fossil fuel executives, the speed and scale now required is staggering. There is no longer any incremental way out. It’s time to grow up and let go of the fantasy that we can get out of this without big changes that affect our lives. Policy steps that seem radical today – for example, proposals to nationalize the fossil fuel industry and ration oil and gas supplies – will seem less radical with each new climate disaster. Climate emergency mode will require personal sacrifice, especially from the high-emitting rich. But civilizational collapse would be unimaginably worse.

As a climate scientist, I am terrified by what I see coming. I want world leaders to stop hiding behind magical thinking and feel the same terror. Then they would finally end fossil fuels.

This story is published as part of Covering Climate Now, a global collaboration of news outlets strengthening coverage of the climate story.