Ford Hints At LFP Battery Version Of Its Electric Vehicles

The possibility of such a move was hinted at by Ford CEO Jim Farley during a Q&A session at the recent earnings call (via Electrek):

"Yes. We’ve been working on LFP for quite some time, so let’s just leave it at that. What I mean by that is engineering LFP solutions in our first generation of products is something that we see as a big opportunity to move quickly."

It appears that Ford is already familiar with the LFP batteries and might proceed quickly to offer LFP-powered versions of its current generation electric vehicles, which include the Ford Mustang Mach-E, Ford E-Transit and Ford F-150 Lightning.

We assume that due to lower energy density, the LFP cells would be used in the entry-level versions (with a lower driving range) of some of the models. The Ford E-Transit sounds like a perfect candidate, as not all commercial van applications require long range. Who knows, maybe the Mach-E and F-150 Lightning would also be considered.

The benefit of that would be a more affordable, and probably more environmentally-friendly battery option (no cobalt and nickel, high cycle/calendar life and safety).

Tesla already has moved to mass implementation of LFP and almost half of its electric cars, produced in Q1 2022 were LFP-powered. Multiple other EV manufacturers are also adding LFP options, including Rivian (partially owned by Ford), which announced LFP battery packs for R1T pickups/R1S SUVs and EDV vans.

The addition of LFP to other high-energy dense battery chemistries by Ford would not be a surprise. It's just a specific lithium-ion cathode chemistry, which has its advantages and disadvantages and can be successfully utilized in some products.

An interesting thing, not necessarily related to Ford, is that in recent months, we heard about new LFP battery gigafactory projects in North America.

One such project is the rumored upcoming CATL investment in Mexico (CATL is probably the world's largest LFP battery manufacturer, although it produces other battery types as well). Ford produces in Mexico the Mach-E model. Another is Gotion High-Tech project in the US (an agreement with an undisclosed manufacturer, related to at least 200 GWh of LFP batteries between 2023-2028). 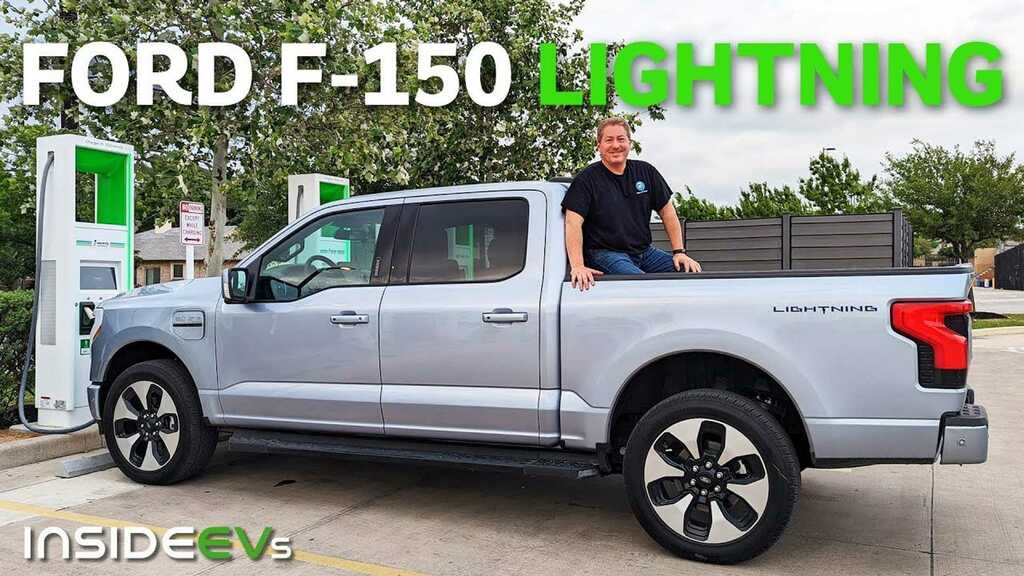 2022 Ford F-150 Lightning First Drive Review: Rebirth Of A Legend
We had the opportunity to participate in Ford's first-drive event for the F-150 Lightning and offer our initial driving impressions…

InsideEVs
One subscription that gives you access to news from hundreds of sites
Exclusive: How Fast Does The Ford F-150 Lightning Charge?

We map out the full DC fast charging curve of the 2022 Ford F-150 Lightning, using data given to us…

According to the Experian's car registration data, used as a proxy of sales, some 158,689 battery-electric vehicles were registered in…