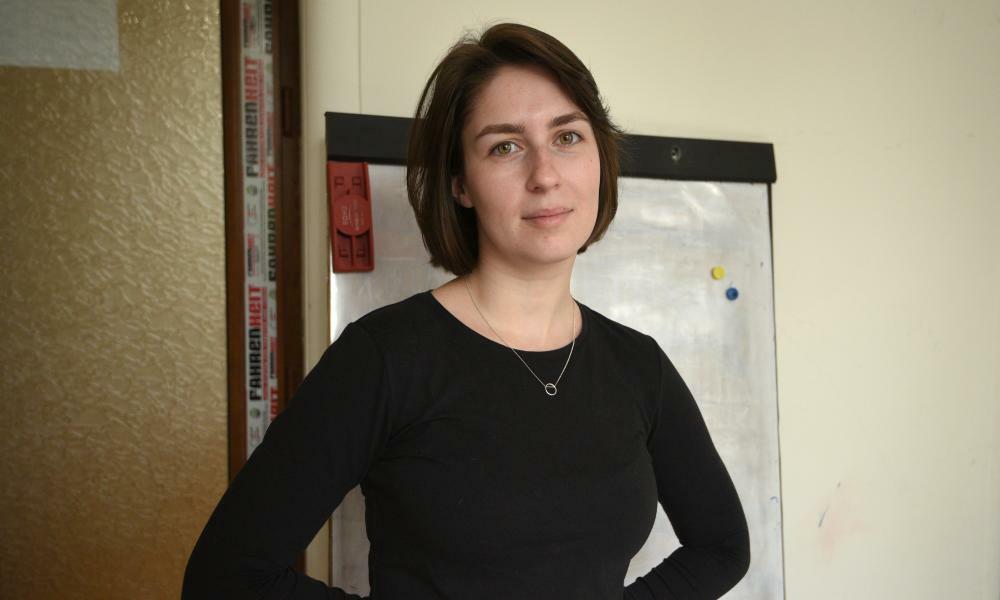 ‘I didn’t see any fire. It was just lightning and a bang. It was so loud’ one passenger told reporters

The Independent UK
One subscription that gives you access to news from hundreds of sites
Southwest Airlines more influential in early 737 MAX training than previously known, legal filing shows

Documents show carrier worked with Boeing on issues including whether pilots should be trained on a new flight-control system; airline…

Livemint
‘This game is up’: Serbia urged to take a stand on Ukraine’s war

Belgrade enjoys warm ties with Moscow but in recent weeks, pro-government tabloids have turned on Putin.

Al Jazeera
Get all your news in one place
Latest Technology news: 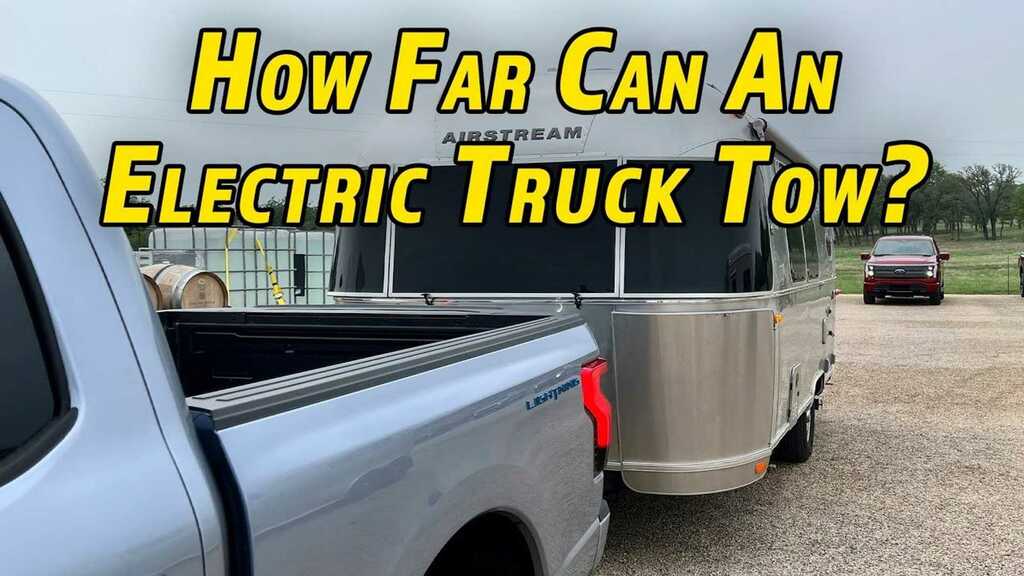 InsideEVs
Read news from The Economist, FT, Bloomberg and more, with one subscription
Learn More
'Elden Ring' accessibility: How disabled players conquered the Lands Between

The GV60 is offered in two packages in the United States, GV60 Advanced and GV60 Performance; both feature dual-motor AWD…

Corroborating information from two reputable drone leakers say that DJI has an indoor FPV drone in the works.

For Russians, flying abroad is a difficult, costly affair

When Russian academic Misha decided in March to flee his country amid rumours of martial law, his options were limited and expensive.

Cut off from Europe due to the European Union’s ban on Russian aircraft, Misha, who comes from the central Russian city of Yekaterinburg, looked further east, where many former Soviet republics offer Russians visa-free entry.

“I booked a flight to Armenia because I have many Armenian friends, I was sure there’d be a community here, and you don’t need a visa,” Misha told Al Jazeera, who asked to use a  pseudonym. “Armenians generally think positively of Russians; there’s less historical tensions than with Georgia, for instance.”

Misha paid 40,000 roubles ($599), far more than usual, for his one-way flight to the Armenian capital Yerevan, a trip of less than four hours.

“When I bought tickets Russia was still in SWIFT, so I could still use my normal bank cards. The price was huge – I paid around 40,000 rubles [$599] for a one-way trip,” he said. “That’s nonsense, something I would never have done in peacetime. Not everyone could actually book flights at that price – not everyone has spare cash or a steady job – so it’s also a question of a certain privilege.”

Now working remotely from Yerevan, Misha transfers his wages to Armenia using cryptocurrency, but for the most part, survives on the cash he managed to take before he left.

Since Russia launched its war on Ukraine, international travel for Russians has become expensive, difficult and patchy.

Russian aircraft have been banned from European and North American airspace, while the country’s Boeing and Airbus aircraft face the threat of repossession by Western leasing firms if they leave the country.

“The Russian airlines were forced to ‘steal’ them by the Russian government,” said Viktor Berta, vice president of aviation finance at ACC Aviation in London.

AerCap, the world’s largest leasing firm based in Dublin, Ireland, has filed a $3.5bn insurance claim for more than 100 of its jets stranded in Russia, which account for about five percent of its leased aircraft by value.

Domhnal Slattery, chief executive of the Dublin-headquartered aircraft leasing company Avolon, said in a quarterly financial statement that his company was able to repossess four aircraft earlier this year and will make every effort to recover 10 more still in Russia. Meanwhile, the company acknowledged a $304m loss to write down to zero the value of 10 aircraft that it might never get back.

Even so, Russian airlines have been slowly clawing their way back into international operations to countries that will accept flights.

International flights originating in Russia dropped from 1,126 per week when the war in Ukraine began on February 24 to 181 two weeks later, according to FlightRadar24. By the last week in April, international flights recovered to 379 for the week. Of these, 103 were to Turkey, with most of the remainder to a half-dozen former Soviet republics, including Kyrgyzstan, Tajikistan, Uzbekistan and Kazakhstan.

Russian-built Superjets are using Sochi as a hub for departures to destinations including Turkey, Egypt and Israel on a regular basis, according to FlightRadar24.

The 500 or so Western-built aircraft leased by Russian airlines are mostly not leaving the country because they could be repossessed by Western companies that own them, a Russian aviation expert told Al Jazeera, speaking on condition of anonymity.

However, the expert said that Russian airlines own some western aircraft outright and also paid off the loans on some others so they can be used in service outside of Russia. Russian airlines could also resort to grounding aircraft to harvest spare parts to keep other aircraft flying, he said.

Some older model Airbus A320s and Boeing 737-800s are being used in international service, according to FlightRadar24, even though Boeing and Airbus are no longer providing spare parts for aircraft based in Russia. Boeing and Airbus have also halted aircraft deliveries to Russia. Still, Russia’s Aeroflot has managed to keep some Airbus A330s in the air and, earlier this month, announced the resumption of regular flights to New Delhi, which has maintained warm relations with Moscow.

Marina, a 25-year-old IT professional from Moscow with a passion for travel, has managed to fly to Sri Lanka, Greece, Cyprus and the UK since the start of the conflict, although it has been far from straightforward.

Marina, who asked to use a pseudonym, had planned to go to Sri Lanka with her boyfriend on February 25, the day after Russia launched its invasion.

“At first we didn’t understand, but once we understood, we decided to go anyway, so if things got really bad, we’ll stay there,” she told Al Jazeera.

While in Sri Lanka, Marina and her partner decided to move to Cyprus, which would require them to travel through Moscow.

Marina and her partner booked tickets to Cyprus, via Bulgaria and Greece, on the same day Russia was kicked out of the SWIFT international payments system, rendering their bank cards practically useless. After turning to a friend at a bank that had not been sanctioned for help, the couple managed to withdraw part of their savings. Since then, they have been carrying around thousands of dollars in cash.

“At the Greek border, they asked us in detail about where we would live and how long we would stay,” she said.

“In Athens itself, there were no particular problems, except for the impossibility of paying by card and walking with ten thousand bucks in your pocket in the dodgy neighbourhood where we were staying, which was not fun.”

Mike Stengel of AeroDynamic Advisory, an aerospace industry management consulting firm in Ann Arbor, Michigan, said Russia’s aviation industry could end up like the one in Iran, “which has been able to maintain a fleet of Western-built aircraft using some back-end measures to keep them flying”.

“It has produced aircraft in the past, so there is a history and infrastructure for designing and producing aircraft engines and aircraft components. It won’t be perfect and it would probably result in keeping a skeleton fleet of sorts, but they have a lot of the tools needed to make it work to keep western-built aircraft flying for decades.”

For Russians like Misha, who is opposed to the war in Ukraine, the country’s international isolation is at once understandable and troubling.

“The isolation was expected. What did they want? That all the European community will react modestly? I never believed that,” he said.

“I think that sanctions are fair in general, but of course I care about the economic conditions in my home country: how my parents will live there, my brother, my family. Of course sanctions will hit all of society, but it’s a kleptocratic, oligarchical mafia state, and the poor will suffer more.”

‘I didn’t see any fire. It was just lightning and a bang. It was so loud’ one passenger told reporters

The Independent UK
One subscription that gives you access to news from hundreds of sites
Southwest Airlines more influential in early 737 MAX training than previously known, legal filing shows

Documents show carrier worked with Boeing on issues including whether pilots should be trained on a new flight-control system; airline…

Livemint
‘This game is up’: Serbia urged to take a stand on Ukraine’s war

Belgrade enjoys warm ties with Moscow but in recent weeks, pro-government tabloids have turned on Putin.