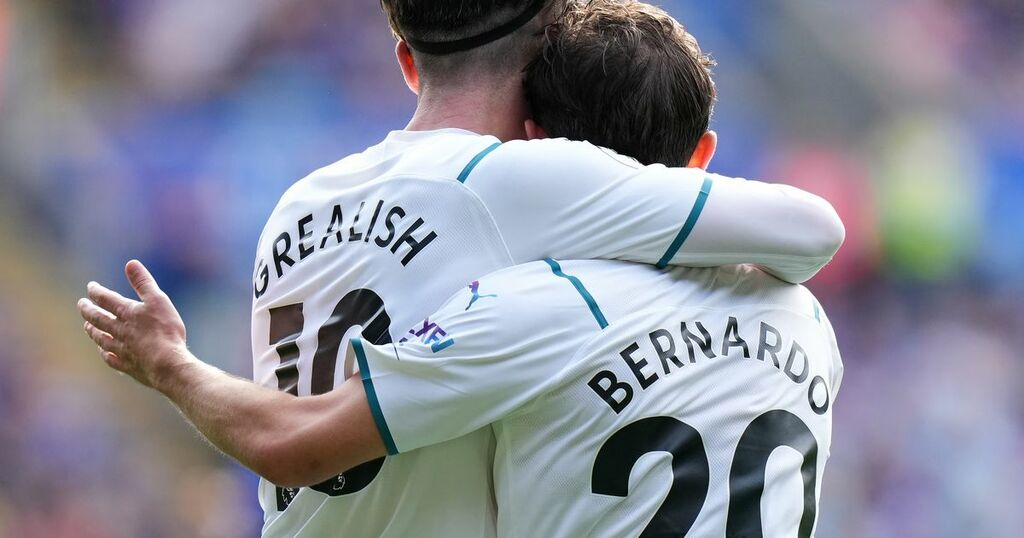 Manchester City are set to be without Kevin de Bruyne, Ferran Torres and Jack Grealish - with Phil Foden's status unclear after picking up a knock - in their return to Premier League action this weekend.

City will face Everton at the Etihad Stadium on Sunday as they look to continue to push current league leaders Chelsea.

But while they do look to be without three key attacking midfielders, they have been handed a boost ahead of the weekend.

Guardiola has offered updates on his players' fitness levels in his press conference.

Here is the current state of play on the treatment table at City;

The midfield maestro is not injured, but will miss the match after testing positive for coronavirus.

He'll be unavailable for the next 10 days.

The England midfielder came back from international duty with a knock and "a problem with his leg".

His status is unknown for the game, but with City's run of fixtures set to heat up quickly, the 21-year-old could be rested.

The Manchester City boss has also revealed that Jack Grealish is unlikely to feature at the Etihad.

Grealish returned to City earlier this week after picking up what England boss Gareth Southgate described as a "small injury" following his side's 5-0 win over Albania at Wembley.

The Spaniard remains out with a foot injury picked up last month.

He remains a long-term absentee, but is expected to return in December.

Maybe City's best performer this season, Bernardo Silva looks set to be available and in contention to start.

Palmer was replaced in England U21's win over Czech Republic holding his hamstring, and he missed their friendly in Georgia as a result.

He had taken to social media to explain the injury wasn't serious, and it was a big boost to see him running freely and taking full part in City's training session on Thursday.