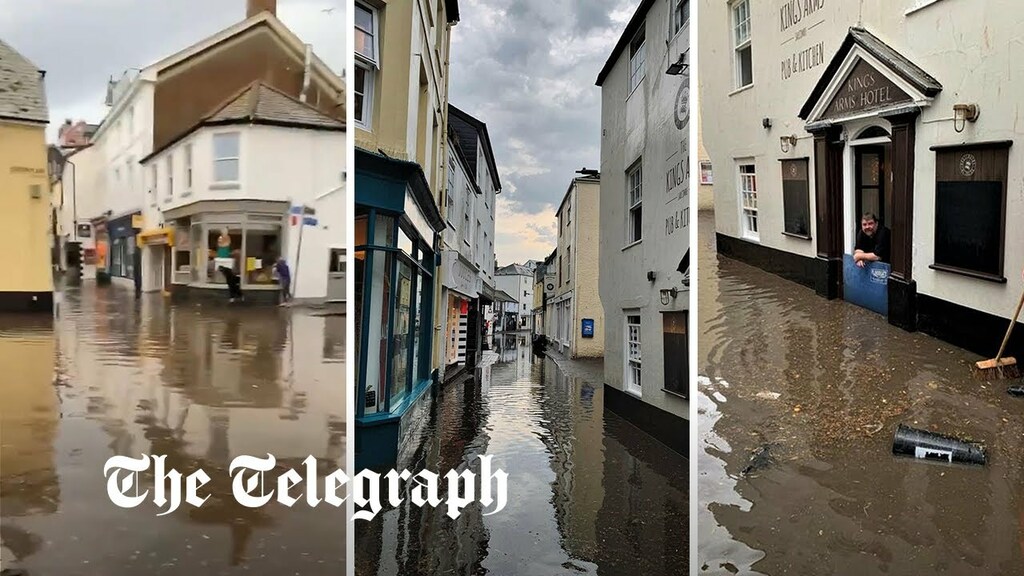 Thunderstorms have caused flash flooding in the seaside town of Salcombe, where police said dozens of businesses had been affected.

Videos posted on social media showed water in the main shopping street of the town, as the storms caused disruption in Devon.

The Met Office issued a yellow weather warning for thunderstorms in the area on Wednesday, warning that homes and businesses could be flooded.

It added: "Spray and sudden flooding could lead to difficult driving conditions and some road closures.

"Where flooding or lightning strikes occur, there is a chance of delays and some cancellations to train and bus services."

The Met also warned of a "slight chance" that power cuts could occur and that some communities could become cut off by flooded roads.

Primary school evacuated after being hit by lightning

A primary school had to be evacuated after being struck by lighting in the thunderstorms that caused flash flooding and disruption in Devon.

Devon and Somerset Fire and Rescue Service was called to Mount Street Primary School in Plymouth at 9.57am on Wednesday to carry out safety checks.

It confirmed that lightning had hit the side of the school building and tripped the alarm, but there was no fire and no injuries.

Mount Street Primary School told parents that all children were safe, but asked for them to be collected as their clothing was wet from the heavy rain.

In a message to parents posted on Facebook, Mount Street Primary School and Nursery confirmed that the school had to evacuate.

It said the telephone communications and internet system had been affected by the lightning strike.

The school added that pupils could return at 1.30pm on Wednesday, or on Thursday morning.

The Met Office has issued a yellow alert for lightning and heavy rain for much of southwest England on Wednesday, including Plymouth and Exeter.

On Thursday the Met has expanded the thunderstorm warning to cover much of Scotland and more of southwest England.