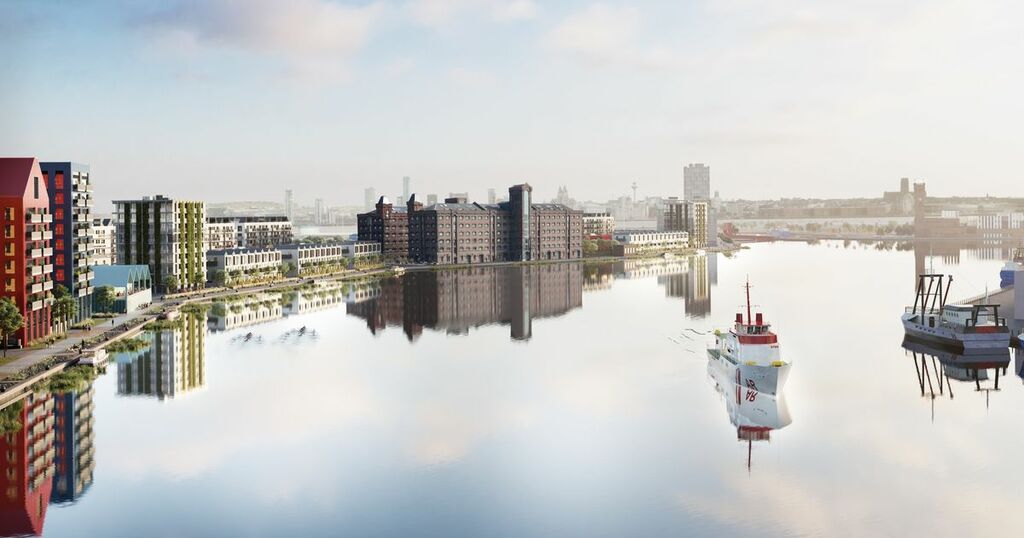 More than 50 factory-built homes coming to Wirral Waters
It is part of a major project to build up to 13,000 homes

Liverpool Echo
Plans submitted to knock down much of the historic Corah factory in Leicester for 1,000-plus new homes

The joint venture constructing the homes went into administration this week

The plan is now open for consultation from businesses and communities

More than 13,000 homes could be built in Wirral between now and 2037, in plans which would transform the borough.

Wirral Council has produced a draft Local Plan which includes proposals to make Birkenhead look completely different, ensure the borough tackles climate change and creates more jobs in some of its poorest areas. Residents have until June 24 to have their say on it, before it goes to the government for inspection this autumn.

On the plan, Cllr Janette Williamson, leader of Wirral Council, said: “We have had really good feedback and we expect a positive response. The plan was a huge undertaking, and it has reaffirmed Labour’s commitment to protecting our green belt and green spaces, while regenerating brownfield sites to improve our borough for every resident."

The Labour leader added: “This will be a framework that will take Wirral forward as a greener and more prosperous place to live and work. It goes hand in hand with our regeneration strategy, which is already seeing affordable homes built on brownfield sites, bringing abandoned plots back into use.”

Here are the five key areas in which the current draft plan will massively change Wirral.

Under government-imposed targets, Wirral’s Local Plan must show how 13,360 homes can be built in the borough between now and 2037. The main focus of this house-building will be in East Wirral, particularly around Birkenhead.

Acknowledging the challenge overhauling the town represents, the document read: “The Local Plan sets out comprehensive proposals that will transform Birkenhead in particular. The town has been in decline for several decades and unless we press on with new development and address the particular issues of deprivation and housing market failure, this deterioration will continue.”

Many of the plans to stop this deterioration are in the Birkenhead 2040 Framework, which sits alongside the Local Plan in detailing a path forward for the town. Included in this document is a plan for the Hind Street Urban Village, a “market changing” proposal creating a low-carbon urban village of up to 1,000 homes.

It will see the two flyovers currently splitting up the site removed and could even see a new school built. Allied to housing plans will be efforts to give the town more green space, with plans to create a park along the disused railway running through Birkenhead, called Dock Branch Park, which Wirral Council believes will be completed by the end of 2024.

On this plan, the document read: “[Dock Branch Park] will see the creation of a beautiful new linear park and active travel corridor along the disused Dock Branch Railway, one of the earliest railways in the country. It will bring to life a neglected gem of Birkenhead’s heritage and link three key development areas: Wirral Waters (a project set to deliver up to 13,000 homes on the Birkenhead docks), the town centre and Hind Street Urban Village.”

With proposals such as this, the council claims its plans can create a “new vibrant, attractive, green and sustainable low carbon town”. The document added: “It will match the successful regeneration of Liverpool City Centre on the opposite bank of the Mersey in a complementary but distinctively different flavour with a strong emphasis on providing for family living.”

Tied to plans for more homes, is an effort to improve the borough’s economy. On what will happen over the next 15 years, the Local Plan read: “Such investment will include new homes, offices and employment opportunities, colleges and schools, shops, leisure and health facilities, as well as improvements to existing infrastructure including green and blue infrastructure such as parks and wild spaces.”

Once again, the council recognised the challenges facing Birkenhead, noting it is “one of the most deprived places in the country”. On how this might be changed, the document added: “The regeneration programme for Birkenhead is being developed alongside a strategy to create a strong economy for Wirral.

"This economic plan incorporates skills, business support, inward investment and town centre recovery, and is particularly focused on responding to the impact of Covid-19 through creation of a strong and resilient economy.” The Local Plan also seeks to provide lots of employment sites in order to boost job creation and tackle unemployment.

This is a very important area of the plan, as Wirral Council committed to reaching a net zero carbon target locally by 2041, in a meeting in 2019. On this, the Local Plan said: “The regeneration of Birkenhead is based on the principles of a low carbon garden city.

"The development sites in the plan have been selected as the most sustainable and the policy requirements for the regeneration areas and sites specify climate mitigation measures and adaptations such as provision for greening.” Reducing the need for travel is another key part of the Local Plan.

By developing in locations where it is easy to get around on public transport, or by foot or on a bicycle, the council believes its housing plan can help to control carbon emissions. By doing this, the council hopes to make local travel “largely fossil fuel free” by 2030.

The council also wants to see far more energy efficient homes built in the borough and said it is “imperative that all homes make provision for electric vehicle charging”.

The green belt gets a huge amount of political attention in Wirral. All parties campaigned on a platform of opposing green belt development in the build-up to last week’s local elections.

The council said it will protect the green belt over the next 15 years. The Local Plan read: “Sufficient brownfield land and opportunities exist within the urban areas of the borough to ensure that objectively assessed housing and employment needs can be met over the plan period.

"The council has therefore concluded that the exceptional circumstances to justify alterations to the green belt boundaries do not exist in Wirral.”

All the extra homes planned in Wirral over the next 15 years will have an impact on travel and infrastructure. This is acknowledged in the Local Plan, which read: “When development occurs, it places additional demands on infrastructure, including water, energy supply, wastewater disposal, transport systems including roads, education and healthcare, as well as open space and other green infrastructure.”

As well as plans for new parks and district heating networks, the Local Plan has policies in place to boost walking and cycling, by creating "active travel networks for walking and cycling that enable safe access to jobs, leisure and health facilities throughout the borough.”

The biggest development in Wirral over the coming decades is Wirral Waters, but one problem with this proposal is the lack of a ‘last mile link’ between the Birkenhead Docks and Hamilton Square train station which links the area to the wider region.

On this, the Local Plan has the answer in the form of a “new mass transit system within Birkenhead connecting new neighbourhoods with one another and existing key locations”.

More than 50 factory-built homes coming to Wirral Waters
It is part of a major project to build up to 13,000 homes

Liverpool Echo
Plans submitted to knock down much of the historic Corah factory in Leicester for 1,000-plus new homes

The joint venture constructing the homes went into administration this week

The plan is now open for consultation from businesses and communities