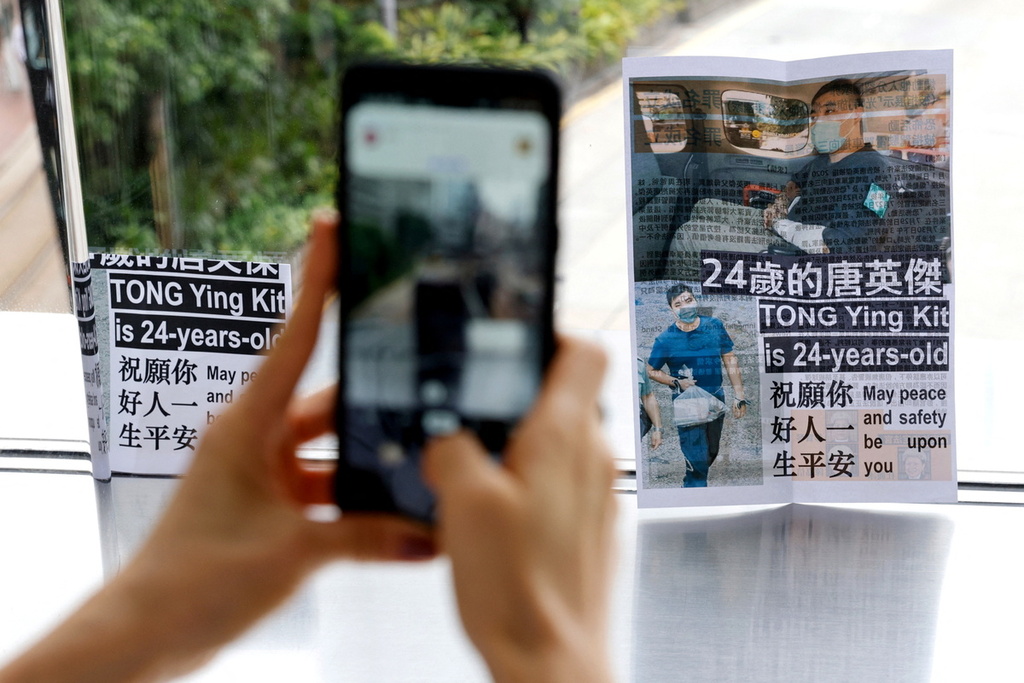 The first person convicted under Hong Kong's national security law and jailed for nine years last July has dropped his decision to appeal, his lawyer said on Thursday.

Former waiter, Tong Ying-kit, 24, was found guilty of terrorist activities and inciting secession after driving his motorcycle into three riot policemen in 2020 while carrying a flag with the protest slogan "Liberate Hong Kong - Revolution of our times".

The ruling was seen as a watershed moment for Hong Kong's judicial system. Tong had indicated at the time through his lawyer, Clive Grossman, that he would appeal.

Grossman, however, told Reuters on Thursday in an email that Tong, who had pleaded not guilty, had decided not to appeal.

"I have no idea why he dropped the appeal," said Grossman.

The decision was first reported in the Hong Kong Free Press which cited Grossman as saying he was surprised by it.

Hong Kong and Chinese authorities say the law has brought stability to the city after protracted pro-democracy protests in 2019 and reject accusations of politically motivated prosecutions.

At the end of Tong's closely watched trial, Judges Esther Toh, Anthea Pang and Wilson Chan - picked by city leader Carrie Lam to hear national security cases - ruled that the slogan he carried on his motorbike was "capable of inciting others to commit secession".