First look at the new £2.5m 'super courtroom' in Manchester, the first of its kind in the country 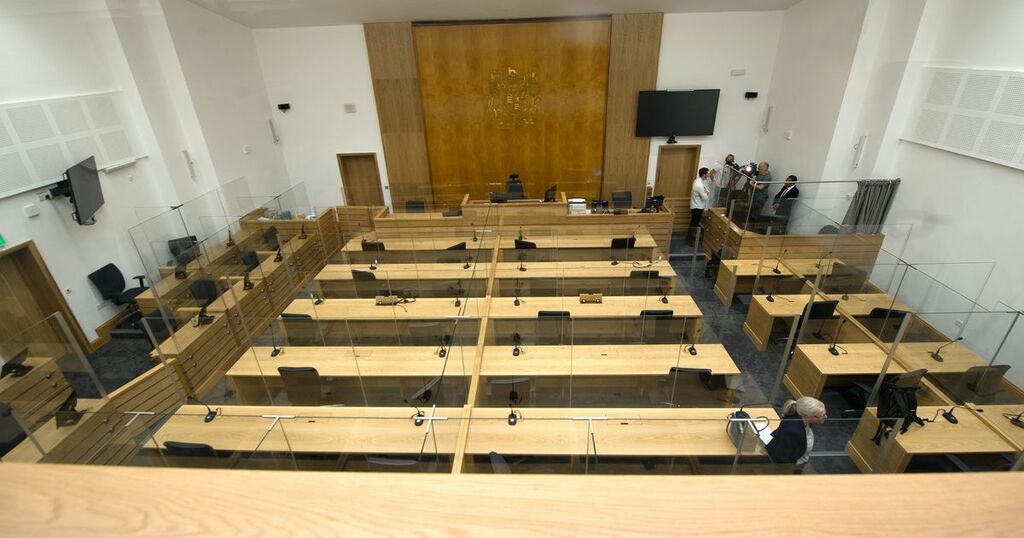 A new £2.5 million 'super courtroom', the first of its kind in the country, has opened in Manchester.

Gang related trials, murder cases and other serious criminal cases are set to be held in the new expanded courtroom at Manchester Crown Court, Crown Square.

Work has been underway for the past few months to transform court four at the city centre courthouse, into a larger, modernised space, which is three times the size of a regular courtroom.

READ MORE: "This is an horrific incident": Murder investigation launched in Old Trafford after boy, 16, dies from stab wounds

A huge dock can now fit up to 12 defendants at one time.

And there are several banks of desks for barristers and other court staff, which have 'Covid safe' screens.

Trials set to be heard in the 'super court' are expected to be Manchester cases, but court bosses said cases from across the country may also be held there.

The coronavirus pandemic has made large trials more difficult to accommodate.

Some cases with several defendants have had to be spread over two or three courts via video link, to maintain social distancing.

Manchester's top judge, Nicholas Dean QC, the Honorary Recorder of Manchester, told the M.E.N.: "This facility in court four at Crown Square will allow Manchester Crown Court to try multi handed cases in ways that have been impossible until now.

"Until now cases involving more than about six defendants have required us to use a minimum of two court rooms.

"This will allow us to try such cases in this court and therefore free up other court rooms.

"It is a national facility, although we anticipate that most of the cases that will be dealt with here will be from Greater Manchester or the North West generally.

"There has been significant judicial input into the design of the layout of the court."

Helen Measures, deputy director of HM Courts & Tribunals Service for the North West, said the idea for the expanded court came before the pandemic.

She said: "We had previously before Covid wanted to make modifications here, but really the push was when Covid began and one of our biggest challenges was listing cases with multiple defendants.

"Having this additional facility that we can use for our largest cases means we can be more efficient.

"From our perspective it is money well spent as it supports court recovery."

It comes as the criminal justice system continues to deal with the impact of the pandemic, with the virus exacerbating delays in cases reaching the courts.

Temporary court rooms have been set up, so called 'Nightingale courts', at venues including the Hilton Hotel and Bolton Wanderers' University of Bolton Stadium, to add additional capacity.

Courts Minister Lord Wolfson QC said: "This Super Courtroom is just the latest step in our efforts to tackle the impact of the pandemic on our justice system.

"It will get gang-related suspects in front of judges quicker – sending a message to would-be criminals that the justice system stands ready to hold them to account.

"We’re not stopping here, though, and continue to pursue every option as we reduce delays and deliver speedier justice for victims."