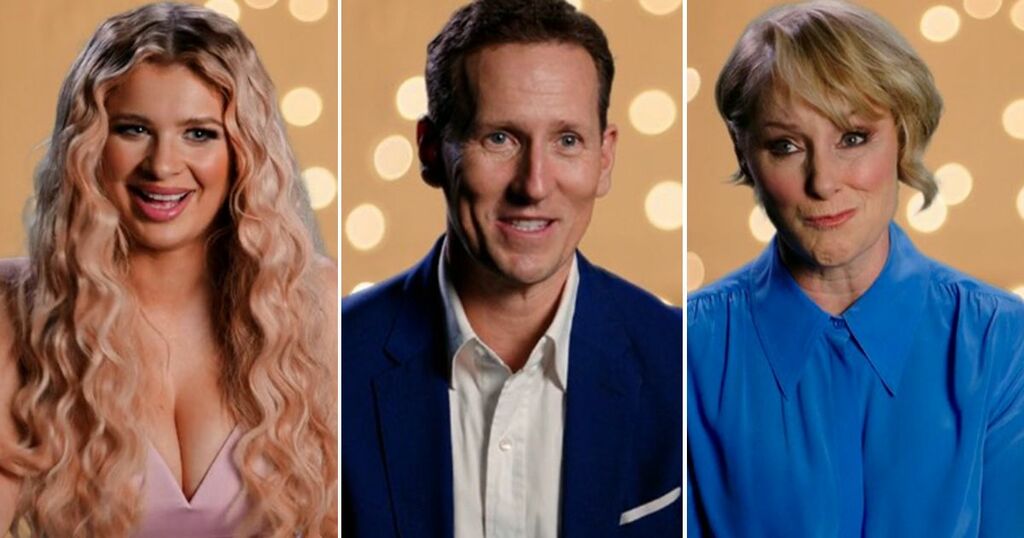 Liberty Poole screams as she falls onto the ice in a first look at this series of Dancing On Ice.

The ITV show kicks off this Sunday and the first look trailer begins with Happy Mondays star Bez showing off his trusty helmet, which has helped him through many a fall on the ice.

"I feel like Frank Spencer on ice," he says, "This helmet has been a lifesaving piece of equipment," as footage plays of his nasty fall, which saw him bash his head on the ice, causing his helmet to fly off.

Rachel Stevens admitted she "couldn't believe" she was doing the show, as she questioned: "What am I doing?"

"It feels so real now," she added, as footage of her skating on the ice appeared on screen.

"15 years on that other show, not sure that I've broke a sweat more than four times," he tells the camera as he rehearses his dances with skating partner Vanessa.

BMX silver medallist Kye Whyte showed his competitive side as he said he's "here to win it" and wants the gold medal this year after two second places in his sport.

Sally Dynevor - best known to viewers as Corrie's much loved Sally Metcalfe - questioned why she decided to do a show where she is skating on live television.

She also got a chance to dance with skating legend and judge Christopher Dean as he spun her around on the ice. "The pressure is really on," she admits.

The Vamps' star Connor Ball said it was "getting real right now", as he partnered up with Alexandra Schauman. "I'm going to throw myself in the deep end and see what happens," he adds.

Rugby star Ben Foden confessed he gets "butterflies" every time they call his name before he's due out on the ice. "I'm most nervous about making a fool out of myself on national television," he shares ahead of the show's launch.

"I have to pinch myself that I'm actually taking part on Dancing On Ice," television presenter Ria Hebden says as she's spun around by her pro partner.

Kimberly Wyatt admits that whilst she's used to performing with the Pussycat Dolls, this is a whole different thing for her.

Regan Gascoigne is worried it's live TV and "anything can happen" ahead of his appearance on the show. "I'm trying not to be nervous," he adds, "but my heart is beating fast."

Paralympian Stef Reid is "terrified but excited" about being on the show. "This really is the last thing you expect an amputee to do," she says.

Love Island star Liberty Poole is "feeling the pressure" ahead of her time on the show, as she adds: "I just keep thinking we need to get crack-a-lacking, speed things up here."

*The new series of Dancing On Ice starts at 6.30pm on Sunday 16th December on ITV.