Fires flare in Israeli prisons amid manhunt for 6 escapees 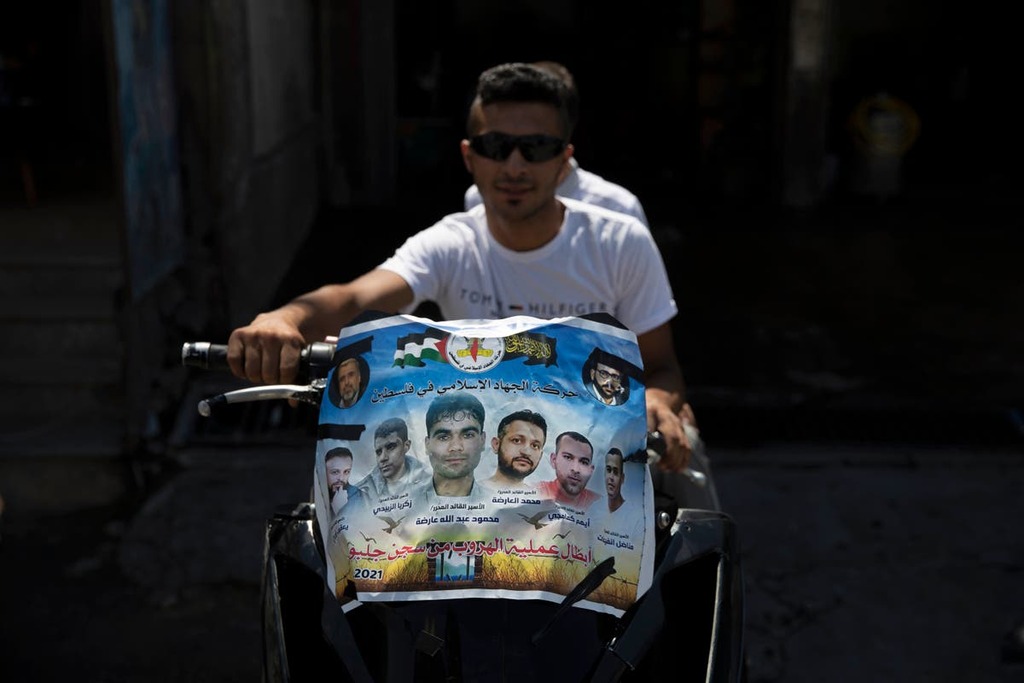 Pressure built around Israel's prison system Wednesday after fires broke out at several facilities and the government hunted for six Palestinian escapees who have been on the run since they tunneled out two days earlier.

Fires were reported at several prisons amid efforts to try to move inmates as a precautionary measure. An umbrella group representing prisoners from all Palestinian factions called on prisoners to resist being relocated to other facilities and to start fires in their cells if guards try to move them by force. The prisoners group also threatened a widespread hunger strike.

The Israel Prison Service said through a spokesperson that a fire broke out in two cells in different wings of Ramon Prison and that the blaze was brought under control. The Palestinian prisoners group reported fires in Ketziot Prison, and there were media reports of more unrest.

Recriminations reportedly rippled through Israel's prison system, meanwhile, in the wake of the country's largest jailbreak of its kind in decades. The six men who escaped, between 26 and 49 years old, apparently dug a tunnel out of Gilboa prison near the occupied West Bank and escaped early Monday.

The most well-known among the escapees is Zakaria Zubeidi, 46, who was a prominent leader in the Al-Aqsa Martyrs Brigade, an armed group affiliated with Fatah during the second intifada from 2000-2005. He was later granted amnesty along with other Fatah-affiliated militants, but was arrested again in 2019 on what Israeli authorities said were new terror suspicions.

As a child, Zubeidi had been part of a children’s theater troupe in Jenin established by Arna Mer-Khamis, an Israeli rights activist, that was the subject of a 2004 documentary.

The other five prisoners were members of the Islamic Jihad militant group, and the prisoners’ group said four were serving life sentences.

Inside the prisons, Fatah, Hamas, Islamic Jihad and other factions each have an organized presence and appear to be acting together in the wake of the escape.

The jailbreak poses a potential dilemma for Palestinian President Mahmoud Abbas whose security forces coordinate with Israel. His Fatah party has praised the prison escape, but he has not commented on it.

Palestinians view prisoners held by Israel as heroes of their national cause, and have celebrated the prison break. If the escapees are apprehended in the occupied West Bank, many Palestinians are likely to blame the Palestinian Authority, which is already facing a popular backlash after the death of an activist in PA custody in June.