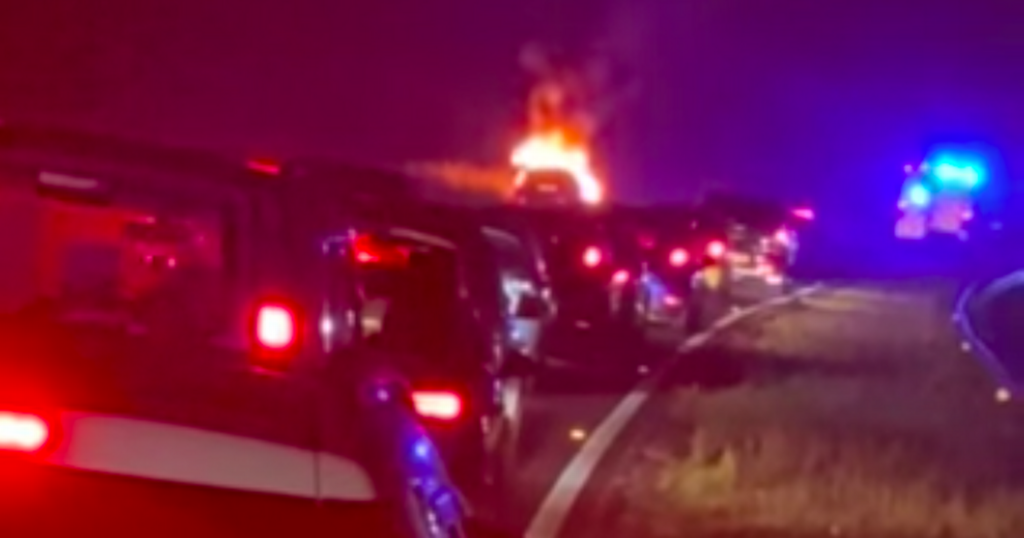 Dramatic images have shown fire engulfing a car on a busy Scots roundabout.

Emergency services raced to the Whitletts roundabout near Ayr last night following reports of a vehicle being on fire.

In footage published online by a waiting driver, bright flames could be seen as the fire engulfed the car.

A line of waiting cars watch as the fireball takes grip of the vehicle.

Two fire appliances attended the incident at about 9.56pm, and helped to extinguish the blaze.

A Scottish Fire and Rescue spokesperson said: "We received a call at 9.56pm to reports of a car on fire near the Whitletts roundabout.

A Police Scotlands spokesperson added: "Around 10pm on Monday, 6 September, 2021, police and fire service attended a report of a car on fire between Sandyfords Toll roundabout and Whitletts roundabout, Heathfield Road, Ayr.

“The fire was extinguished by SFRS.