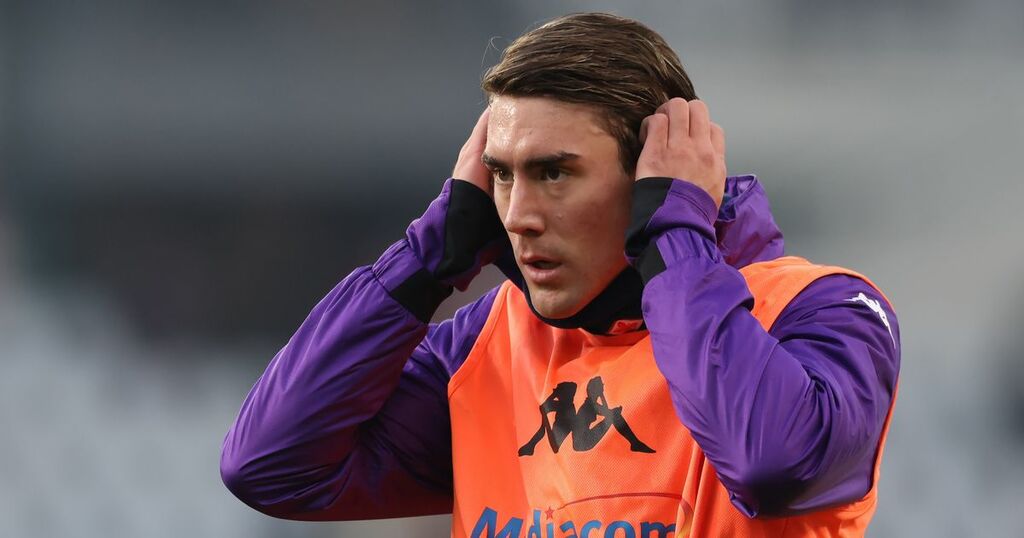 Arsenal are being told to pay up now if they want to complete the signing of their No.1 January target Dusan Vlahovic.

The Fiorentina striker is the man Mikel Arteta wants to spearhead his attack at the Emirates - and the club are prepared to back him.

However, the Gunners hierarchy are only prepared to shell out what would be a club record fee for the Serbian if the deal can be constructed in four instalments.

Vlahovic, 21, is valued by his club at £75million - a figure that eclipses the £72m fee the Gunners paid for record signing Nicolas Pepe, as well as the £56m they stumped up for former captain Pierre-Emerick Aubameyang.

It is the latter's recent disciplinary issues which have left Arteta desperate for reinforcements in that area, but Arsenal chiefs are refusing to bend to Fiorentina's specific demands.

Transfer debate! Should Vlahovic make the move to Arsenal in January? Have your say here.

'The next Saka'? Meet the Arsenal wonderkid who left Pele speechless during chance meeting

According to the Independent, while Arsenal are ready to pay the £75m asking price, Fiorentina are insisting it must be in one lump sum this month.

That could prove difficult for Arsenal, given they splashed out more than any other Premier League club in the summer with their £160m spending spree.

The Italian club are prepared to stand firm, even though Vlahovic has a release clause which become active this summer.

That is part of the reason why his camp are not pushing for the exit door now, as they have faith more of Europe's elite will be queuing up at the door come the end of the season.

Vlahovic is thought to prefer the option of staying in Italy, with the forward said to be keen on a switch to Juventus or Inter Milan.

Arteta remains confident the lure of Arsenal and the Premier League still holds plenty of appeal for potential new signings.

Speaking in a press conference on Wednesday, he said: "Any time I have spoken to any player, they were so willing to come.

"I haven’t faced any other situation and that’s one of our biggest powers, our capacity to get the attention of people to come and join our club; it’s something that is a big advantage for us.”

But the Arsenal boss will silently be aware that failure to land Champions League football next term could put them out of contention for Vlahovic's signature.

That might explain his eagerness to get a deal over the line this month, coupled with the obvious striker issues growing at the Emirates.

Aubameyang is still frozen out, Eddie Nketiah could well be sold in January, while Alexandre Lacazette's contract will expire in June and Folarin Balogun has been sent on loan to Middlesbrough.

Only Gabriel Martinelli looks likely to play a big part this season and still be around for the 2022/23 campaign.

Bringing in Vlahovic would be the marquee frontman Arsenal are searching for, but he seems content to bide his time and see what else comes to the table.

The Independent's report adds that all the expected clambering to sign Borussia Dortmund's Erling Haaland this summer could be of advantage to Vlahovic, as he could be next on the shortlist of those clubs who fail to land their No.1 choice.