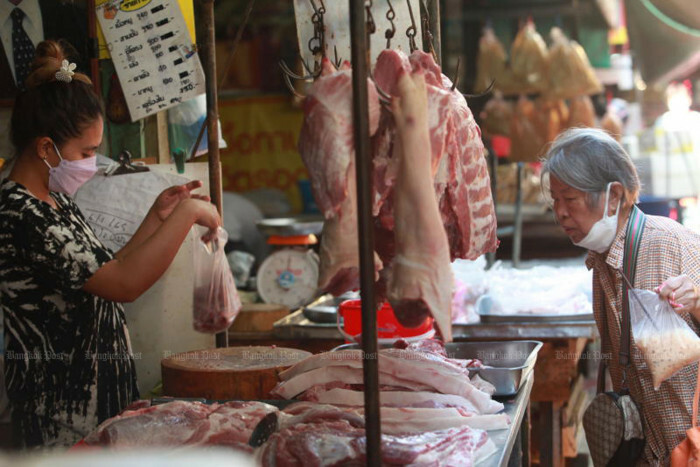 The Finance Ministry is in favour of lowering the tax on animal feed to help rein in soaring food prices, Deputy Prime Minister Supattanapong Punmeechaow said on Friday.

He was speaking after a meeting with senior officials of the Finance Ministry, the Energy Ministry, the Bank of Thailand and the Office of the Economic and Social Development Council.

He was briefed on the inflation situation and told it was still within the framework 1-3%.

Mr Supattanapong said, however, some categories of goods may be adjusted and measures were needed to control prices.

He said there was fluctuation of prices in some categories of goods. Product prices were rising as the economy started to recover. This led to rapid consumption growth, he said.

During the Covid-19 outbreak, production of some goods had halted but this was only for a certain period, he said.

He said lowering the tax on animal feed could help pull in food prices, particularly the cost of meat.

“If a tax reduction on animal feed does not put an added burden on the government, we will consider it,’’ the deputy prime minister said.