Andrea Lee’s head cornerman at UFC on ESPN 36 on Saturday, Tony Kelley, came under fire for comments he made during her women’s flyweight bout with Viviane Araujo.

Following the first round of the matchup at the UFC Apex in Las Vegas, in which Lee (13-6 MMA, 5-4 UFC) started strong with a huge punch and blistering head kick, she went back to her corner and sat on the stool. Kelley, a UFC bantamweight who is scheduled to fight Adrian Yanez on June 18, made a controversial statement to his athlete.

Araujo (11-3 MMA, 5-2 UFC) rallied back to secure a unanimous decision win, including a lopsided 10-8 round. She could not react after the win backstage because she transported to a local hospital and did not speak with the media after the fight.

Kelly’s comments were picked up on the international live feed and quickly spread across social media. The feedback, not surprisingly, was not positive. Check out how several notable fighters reacted. 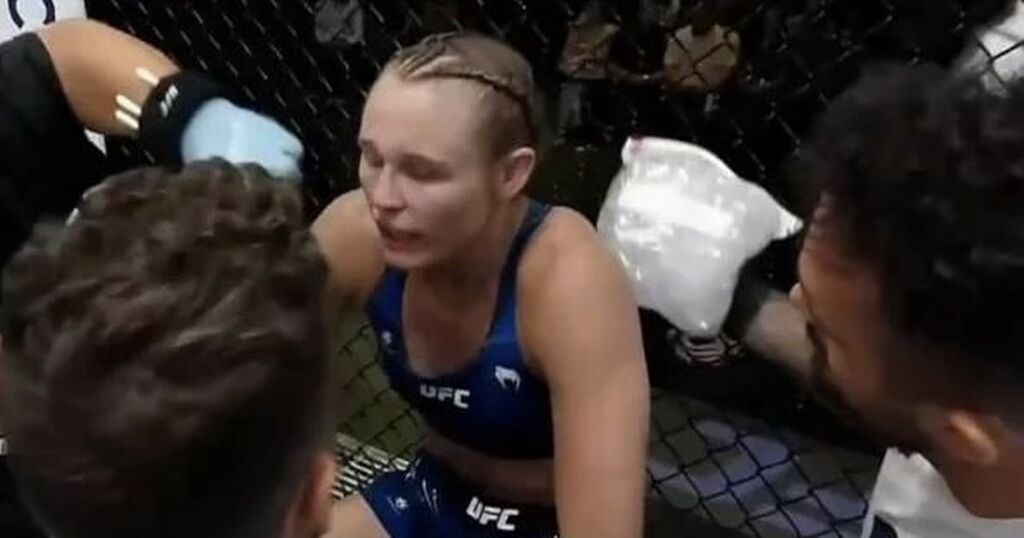 Gregor Gillespie was removed from the promotional rankings, but still has a spot on the UFC roster.