EA Sports has confirmed that its partnership with FIFA on its ‘genre-defining’ football video games will come to an end after almost 30 years.

The video game developer has revealed that this year’s version of the much-loved series will be the last with the FIFA name.

FIFA 23, which will release in the autumn/winter this year, will be the ‘most expansive’ ever seen in the series’ history, according to EA.

Then from next year, the beloved football game will be known as EA Sports FC.

EA said that it will keep much of its popular modes, such as Ultimate Team and Pro Clubs, while retaining its ‘unique’ licensing portfolio of teams, players, stadiums and leagues - despite ending its partnership with football’s highest governing body.

In a statement, EA said: “After nearly 30 years of creating genre-defining interactive football experiences, we will soon begin an exciting new era

“Next year, EA Sports FC will become the future of football from EA Sports. Alongside out 300+ license partners across the sport, we’re ready to take global football experiences to new heights on behalf of all football fans around the world.”

More information on EA Sports FC is expected to be revealed to fans of the football game series next year.

They added: “EA Sports FC will allow us to realise this future and much more…but not before we deliver our most expansive game ever with our current naming rights partner, FIFA, for one more year.

“We are committing to ensure the next FIFA is out best ever, with more features, game modes, World Cup content, clubs, leagues, competitions, and players than any FIFA title before.

“We’re incredibly excited to build the future of global football with all of you, and will be happy to share more info on EA Sports FC in Summer 2023.

“The future of the spot is very big and bright, and football fandom is reaching across every corner of the world.

“Global football has been part of EA Sports for nearly thirty years - and today, we’re ensuring that its will be for decades to come.” 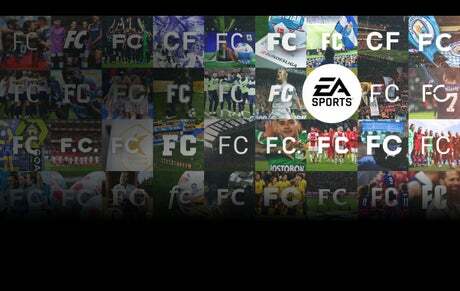 EA Sports to stop making Fifa video game in 2023
The company will continue to make football games, which will be titled EA Sports FC.

The popular game series will disappear after the 2023 edition.

EA has been producing a FIFA game for around three decades