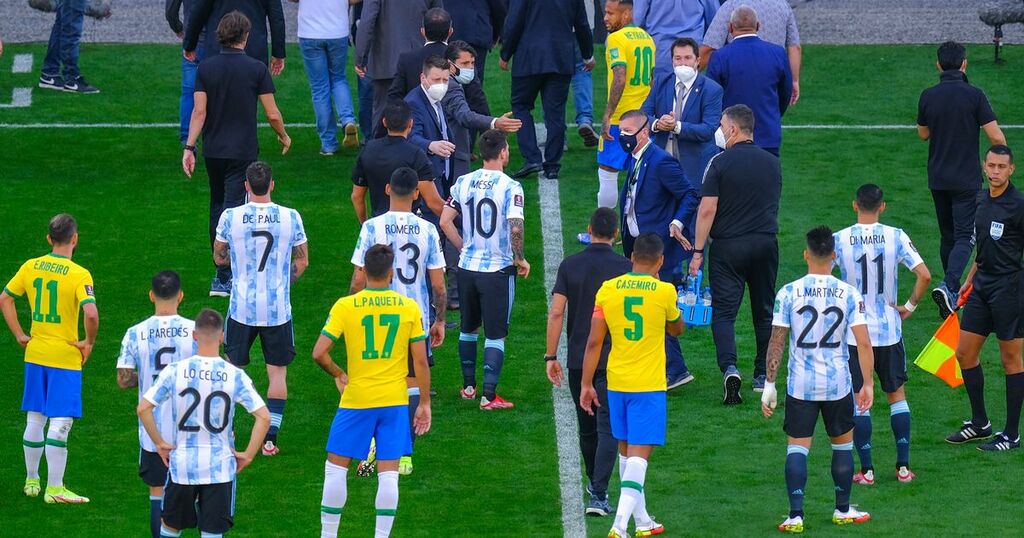 FIFA have announced that disciplinary proceedings have been opened against Argentina and Brazil following the scenes in Sao Paulo involving Tottenham duo Cristian Romero and Giovani Lo Celso.

A World Cup qualifying clash against the two nations was suspended after health officials appeared to storm the pitch. It was reported that their intention was to ‘detain’ the Spurs pair, as well as Emiliano Buendia and Emiliano Martinez, due to their failure to abide by government rules in Brazil that states any arrivals from the UK must oversee a period of self-isolation.

Having only arrived in the country shortly before, it is clear that no self-isolation was completed, triggering the unusual scenes.

FIFA has now announced that an investigation is underway, and that both nations are set to face action.

A statement released on Tuesday afternoon read: “Following the analysis of the official match reports related to the FIFA World Cup qualifier between Brazil and Argentina, FIFA can confirm that disciplinary proceedings have been opened involving both member nations.

“The two teams were asked to provide further information on the facts that led to the suspension of the match, which will be gathered and then thoroughly reviewed by FIFA’s Disciplinary Committee. Updates will follow in due course.”

Romero and Lo Celso, along with their Colombian Spurs teammate Davinson Sanchez, are already facing fines from the club after they travelled to South America against Tottenham's wishes.

The confirmation follows FIFA president Gianni Infantino’s opinion on the situation during the game, having labelled the scenes as “crazy” in a video address to the European Club Association’s general assembly.

He said: "We saw what happened with the game between Brazil and Argentine, two of South America's most glorious teams.