FIFA president to visit Israel for the first time 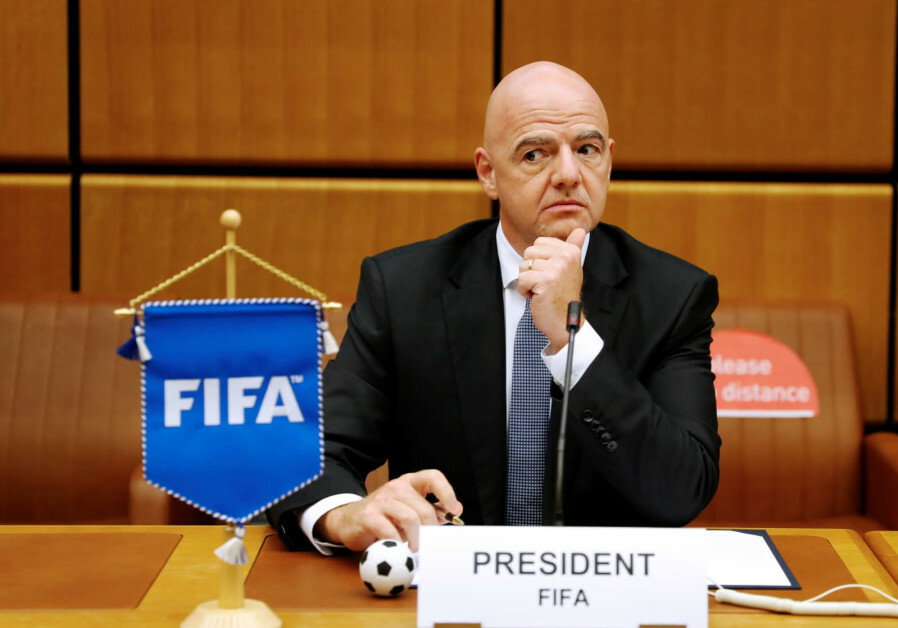 FIFA President Gianni Infantino will visit Israel for the first time on Monday, attending The Friedman Center's inaugural gala at the Museum of Tolerance in Jerusalem. Infantino will also speak at The Jerusalem Post's 10th Annual Conference on October 12.

The Friedman Center for Peace through Strength is a non-profit institution established in September by former US ambassador to Israel David Friedman with the aim of building on the successes of the Abraham Accords and advancing peace and prosperity throughout the Middle East.

The institution's first event, a gala dinner, is set to be attended by government officials and business leaders from the US, Israel and the Arab world.

The dinner's co-sponsors, Simon Wisenthal Center (SWC) chairman Larry Mizel and businessman and philanthropist Sylvan Adams, are set to speak at the event.

Infantino, invited by former US secretary of treasury Steven Mnuchin, is also set to speak at the event. Infantino's visit raises speculation of a potential Israeli bid to host the World Cup in 2030, either on its own or in association with some of the Abraham Accords countries.

During the event, Friedman will personally present the Friedman Center's "Peace through Strength Award" to former US secretary of state Mike Pompeo.

A condensed version of the five-part titular documentary on the Abraham Accords, co-produced by Friedman and TBN Network, will be screened during the gala dinner.

Pompeo, Mnuchin and Friedman will be featured speakers at the 10th annual Jerusalem Post Diplomatic Conference, which will also be held at the Museum of Tolerance the following day, October 12.