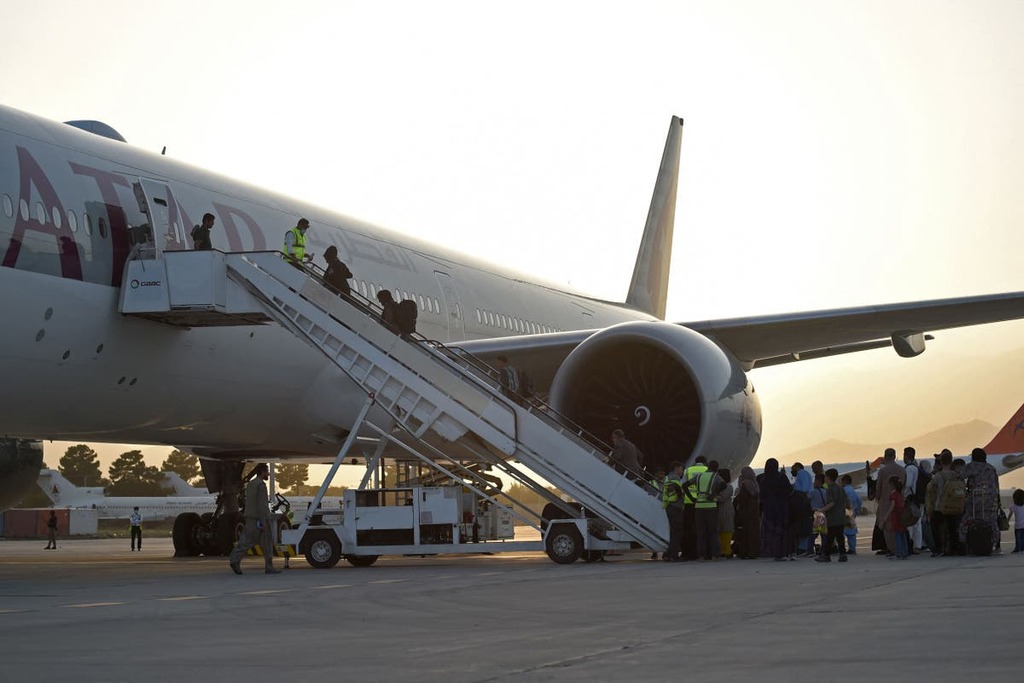 At least 20 women footballers are among 100 refugees evacuated by Fifa from Afghanistan, The Independent understands.

The group of mainly women and girls, including some who play for the national team, left Kabul on Thursday on a flight bound for Doha.

Fifa was helped with the rescue plan by the Qatari government, which worked closely with them to secure the journey.

A source close to the operation said: “The group has now landed in Doha and are pleased to be safe.

“This has been a long negotiation since August to get the group out.”

It is understood football’s governing body will continue to try and secure safe passage for more players and their families from Afghanistan, which fell under Taliban control in August.

It is not yet clear where the group, which includes players, support staff, coaches and others involved in promoting women’s football in Afghanistan, will go from Doha.

They were issued passports and official paperwork before they left Kabul.

It comes after The Independent revealed in September that 32 girls from the national football team were stranded in Afghanistan.

A letter urged Pakistan’s prime minister, Imran Khan, to give the girls and their families temporary visas to enable them to enter Pakistan.

Some 14,000 people, including many British citizens, were airlifted from Kabul in August under Operation Pitting after the Afghan government fled from advancing Taliban fighters, leaving the country under the control of hardline religious militants.

But thousands more were left behind, and there have been fears for the future of women in particular.

Last week, former British soldier Ben Slater, who had been detained in Afghanistan, was freed and flown to Qatar along with the senior UK diplomats returning. He had been arrested at the Pakistani border while trying to evacuate 50 employees of the company he ran, along with their families.

It is believed the Qatari government helped to facilitate the release of Mr Slater, a former member of the Royal Military Police and CEO of an Afghanistan-based consultancy, Nomads Concept Group, after he was arrested last month.