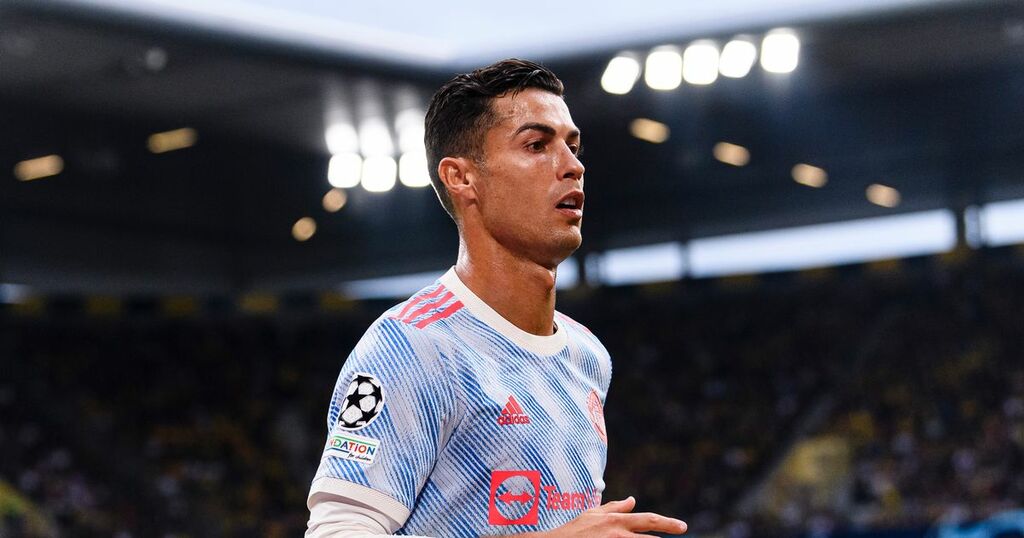 Welcome to our United On My Mind daily round-up. Maybe not the first, we've definitely done media round-ups before, and European round-ups, so I guess in some ways it's not that new at all.

Anyway, we thought we would enter the world of football in a broad and roundabout manner for you and have some fun with some of the stories and captions doing the daily rounds.

In a candid interview with the Correspondentes Premier Podcast , Fernandinho has opened up on Manchester City's attempts to sign Cristiano Ronaldo this summer.

As you may be aware by now, Ronaldo has since signed for Manchester United after 12 years away from the club, though things could have been very different as Fernandinho has explained.

“I think there was a chance [of Ronaldo moving to City], yes, good, considerable. I think there were even a few conversations," he said of City's interest in the former Real Madrid man.

“Also, because his agent was here at the club renewing Ederson’s contract, Ruben Dias’ contract, seeing the situation of Bernardo Silva and Joao Cancelo as well. So obviously, if you’re there at the table, you can talk about everything and every possible player.

“But I think that a lot of expectations were also raised with the possibility of him coming here. But in the end, things didn’t work out, he didn’t close the deal, and ended up going to the red side of town then. Life goes on.”

When Ronaldo moved to United, Pep Guardiola was quick to dismiss reports that the player was wanted by City, but the Brazilian's comments seem to suggest otherwise.

Ronaldo has had a great start to life back at Old Trafford, scoring three goals in his first two games.

The Premier League side took the lead early on but a first-half red card for Aaron Wan-Bissaka changed the whole complexion of the game.

Young Boys equalised in the second half but had to wait until the 95 th minute to grab the winning goal after Theoson Siebatcheu pounced on a loose ball from Jesse Lingard.

United will be unhappy with their performance and the pundits didn't hold back when reflecting on the loss.

Paul Scholes said when asked about the defeat on BT Sport : "It’s Basaksehir all over again. We were here last season and rueing mistakes.

"You’ve got Ole who has done a fantastic job building this squad, now is the time with that squad of players. He has to win something."

United have done some great business in the market this summer following the arrivals of Jadon Sancho, Raphael Varane and Ronaldo, though Rio Ferdinand believes United still aren't quite at the same level as their rivals: "I would put City and Chelsea above Man United right at this moment in time - it could change.

"Chelsea look like a team capable of pulling results out at any given time. City have the experience as well of winning things but Man United are the least experienced of the four [English] teams and least amount of understanding of how to win trophies."

Atalanta and Villarreal played out an entertaining 2-2 draw on Tuesday evening, with United set to face the Spanish side on September 29.

Before then it's back to domestic action for Solskjaer and his team, with a trip to West Ham United in the Premier League their next outing.

In an interview with Sky Sports, Youri Tielemans has said he's keeping his options open amid multiple reports linking him with a move away from Leicester City.

The Belgium international said: "There's no update really. I'm open to everything. The transfer market has just closed, but I want to keep as many options as I can open.

“As long as I'm here [Leicester] I will give everything for the club. I've already done so, but I will do so even more. The contract situation is just something that is going on in football, it's a normal situation.

Tielemans has little less than two years remaining on his current deal, but with interest from United, Liverpool, Real Madrid and Barcelona, the Foxes will be wary they could be about to lose one of their star players.

However, if Paul Pogba was to extend his contract with the club, United's mooted interest may well become a thing of the past.

What is your verdict on United's performance in the Champions League on Tuesday night? Follow our new United Fan Brands Writer Casey Evans on Twitter to get involved in the discussion and put your thoughts in the comment section below.