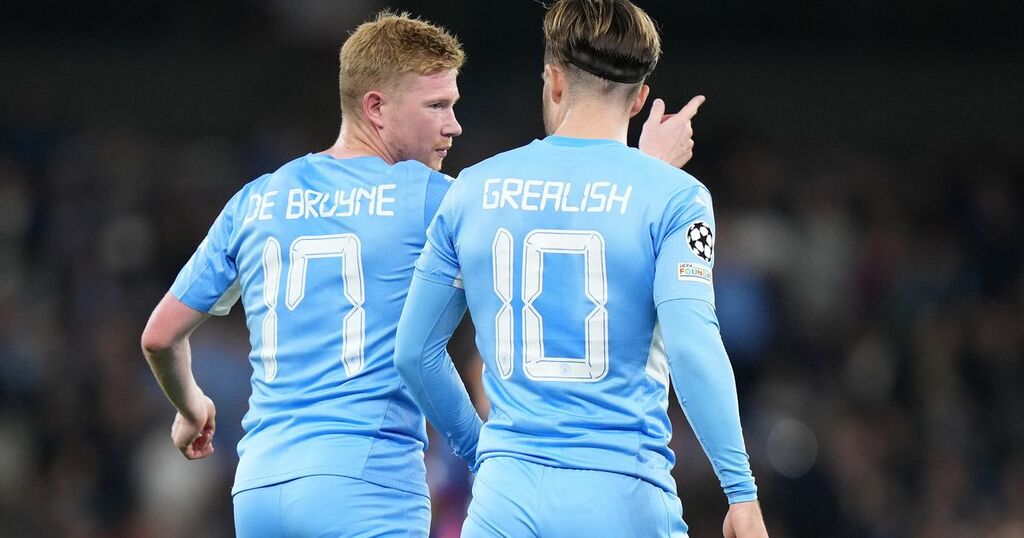 Manchester City eventually ran out 6-3 winners over RB Leipzig in a remarkable Champions League showdown at the Etihad Stadium on Wednesday.

While Pep Guardiola's side were a little open in defence, goals from Nathan Ake, Riyad Mahrez, Jack Grealish, Joao Cancelo, Gabriel Jesus and an own goal from Nordi Mukiele saw them over the line.

City were short at the back, with both John Stones and Aymeric Laporte missing out due to injury. Christopher Nkunku was able to score an impressive hat-trick for the visitors.

However, City's firepower proved to be impossible to handle for the Bundesliga outfit, with Kevin De Bruyne returning to the team in midfield to pull the strings.

De Bruyne's brilliant assist led to Mukiele's own goal - and the prospect of the mercurial Belgian getting up to speed in coming games will be ominous for the rest of the Premier League and European football.

City fans were quick to notice a budding relationship between Grealish and De Bruyne during the contest too, rejoicing at some of the passages of play on social media.

@MolyneuxLuke: "Grealish and De Bruyne in the same team feels like cheating."

@mcfccw: "Grealish and De Bruyne cooking, this is a dream."

@AdityaChaugule: "Jack and Kevin in all their glory ! Wow ! Beautiful."

@92AlexMCFC: "De Bruyne & Grealish on the same pitch making magic, you love to see it"

Grealish arrived at City for a British-record £100 million in the summer and he shone on his Champions League debut, notching a goal and assist.

The former Aston Villa man has operated on the left flank in his City career so far, with his driving runs, intelligent dribbling and productivity in the final third giving the team an extra dimension to their already stacked attack.

Given De Bruyne enjoys floating into the right channel and getting crosses into dangerous areas, it's going to take a special defensive effort to stop City this season when the two extraordinary playmakers are on the pitch.