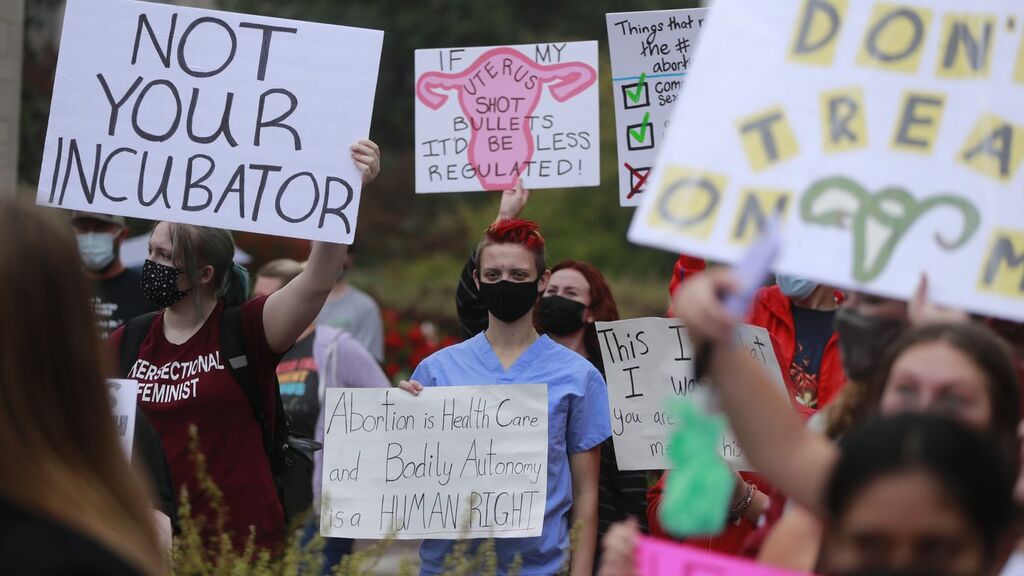 Why it matters: The ruling means that medical professionals can offer abortions in Texas even after about six weeks of pregnancy without fear of facing a lawsuit by members of the public, at least for the moment, Bloomberg notes.

Details: "A person’s right under the Constitution to choose to obtain an abortion prior to fetal viability is well established," U.S. District Judge Robert Pitman wrote in the ruling.

What they're saying: White House Press Secretary Jen Psaki said in an emailed statement that the ruling marked "an important step forward toward restoring the constitutional rights of women across the state of Texas." She said the "fight has only just begun," with several U.S. states moving to restrict abortion.

What to watch: Texas officials said they will ask the 5th U.S. Circuit Court of Appeals to reverse Pitman's decision, per AP.

Yes, but: The Texas law includes a provision for those who perform abortions when there's a court injunction barring the ban to be "sued retroactively" — something anti-abortion groups including Texas Right to Life noted to the New York Times.

Editor's note: This article has been updated with comment from Psaki, details of Texas officials' plans to appeal the ruling and further context.