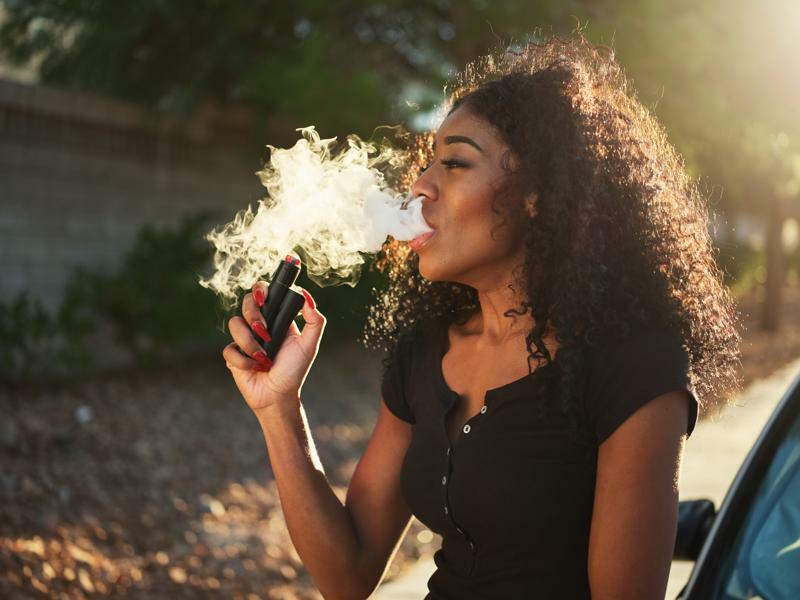 The Food and Drug Administration has ordered companies to remove millions of e-cigarette products from store shelves, the agency announced Thursday, but it is still deciding the fate of the brands most people buy, such as Juul, creating an unclear future for a product popular with—and with particular health risks for—young people.

E-cigarette companies were largely unpoliced until the FDA gained regulatory authority over them in 2016.

The agency had until Thursday, under a 2019 court order, to review more than 500 companies’ applications for 6.5 million e-cigarette products—either to let new products on store shelves or, as with many products including Juul’s, to keep selling them, NPR reported.

It has completed its reviews for 93% of those products, acting commissioner Dr. Janet Woodcock and Mitch Zeller, head of its Center for Tobacco Products, said in a statement Thursday.

Despite shutting down millions of products, the FDA did not decide on applications from the most popular e-cigarette brands—Juul, Vuse and NJOY—according to Politico—a spokesperson for the FDA told Forbes that the agency is still working through Juul’s applications.

About 20% of high-school students surveyed in 2020 had used e-cigarettes at least once in the last month, according to the CDC, while about 8% of adults 18 to 24 surveyed in 2018 used e-cigarettes, the highest age group among adults—and users in both groups are at risk of nicotine harming their brain development.

“I expected a little bit more” from the FDA, Eric Lindblom, an expert on tobacco regulation with Georgetown University law school, told the New York Times. “They still haven’t made any of the tough decisions.”

“I’m concerned this may be the start of an overly aggressive regulation for e-cigarettes — especially compared to how we treat regular cigarettes,” Jonathan Foulds, who researches and treats smoking addiction at Penn State University, told the Associated Press. “E-cigs and other reduced harm products present a fantastic opportunity to replace cigarettes with far less dangerous products.”

78%. That was the combined e-cigarette market share of Juul and Vuse in 2020, according to data compiled by Statista.

The 6.5 million products the FDA was obligated to review do not include all e-cigarettes—just the ones that filed for approval. In December 2019, then-President Trump signed a bill raising the age to buy tobacco from 18 to 21. The next month, the FDA effectively banned companies, namely Juul, from selling nearly all flavors of cartridges, the type of e-cigarette most popular with children. The changes appear to have sharply cut vaping among teenagers. In 2019, 28% of high-school students said they’d used an e-cigarette product in the last 30 days, while just 20% did last year, according to CDC surveys.