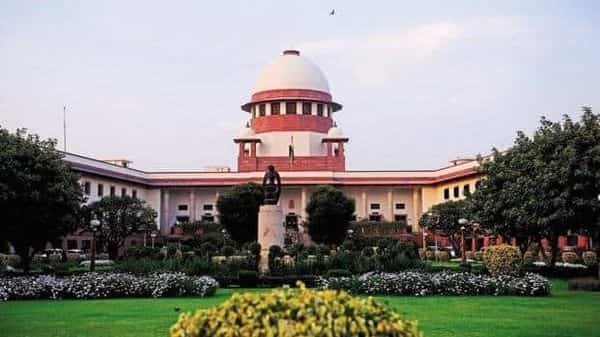 NEW DELHI : The Supreme Court Tuesday granted three weeks to the Centre to respond to petitions seeking direction to the government not to give any further extension for compliance of specific provisions of the Foreign Contribution Regulation (Amendment) Act, 2020 by the NGOs.

A bench headed by Justice A M Khanwilkar was hearing a batch of pleas, including the one which has said that May 18 notification of the Ministry of Home Affairs had extended the date for compliance of specific provisions of the law regarding opening of account in the designated branch of State of Bank of India here from March 31, 2021 to June 30 this year.

One of the petitions said the ministry has also validated the licences of these NGOs and individuals till September this year and these decisions were taken only on the grounds of COVID-19 exigency, as many NGOs are involved in COVID relief work.

The apex court, while posting the matter for hearing on October 5, said it will be open to the respondents to file a common reply affidavit which can be used in all these cases.

One of the petitions has been filed Maharashtra-based Vinay Vinayak Joshi who has sought direction to the Centre not to grant any further extension for compliance with the provisions of the Act.

The plea, filed through advocate Gautam Jha, has also sought directions to the government to maintain a register of all NGOs who are involved in receiving funds under the FCRA, particularly during COVID times.

It said the petitioner does not dispute the fact that many genuine NGOs and individuals, holding FCRA licence, are doing significant work, particularly for COVID relief.

The plea said there is another related aspect of alleged diversion of funds received under FCRA for work or agenda not permitted under the law and this needs to be addressed.

It said one of the requirements under the amendment Act of 2020 is that each license holder under FCRA has to open a bank account in a nominated branch of the State Bank of India at New Delhi.

“In response to the representations made by several NGOs to relax the dates for complying with the FCRA requirements in view of the COVID times, the MHA first extended the date for compliance till March 31, 2021, and then on May 18, 2021, the MHA has once again extended the deadline to June 30, 2021. Similarly, the MHA has also extended till September 2021, the validity of the registration certificate of all FCRA license holders," it said.

The plea said in the past also, there have been many instances where cases of alleged misappropriation of funds by some NGOs have been highlighted and acted upon.

It said the petitioner is seeking issuance of direction to the Centre not to extend the dates for compliance with the FCRA requirements any further, apart from the presently extended period.

“It is clarified here, that the petitioner is not impugning per se the MHA notifications by which the dates have been presently extended," the plea said.