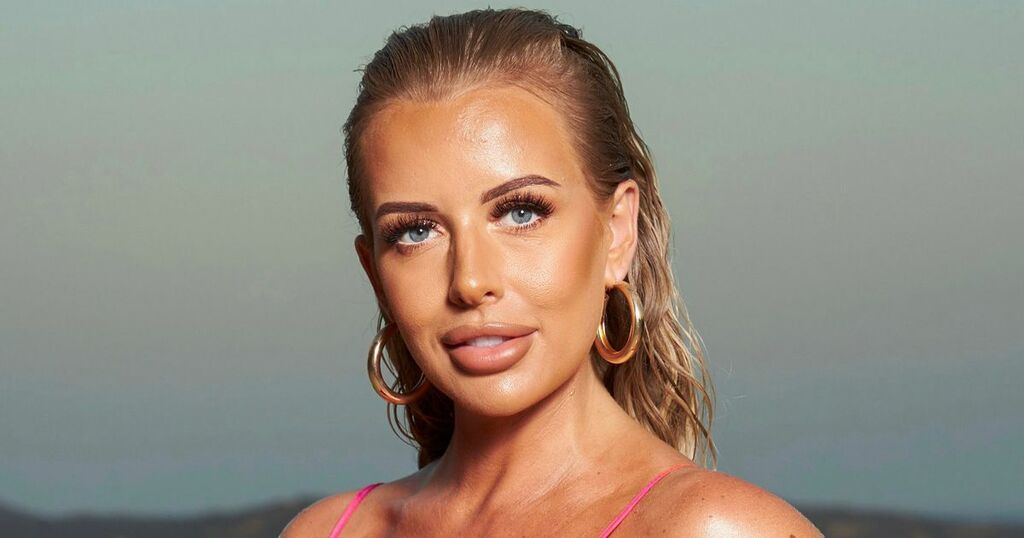 Faye Winter has opened up about her shocking outburst during her time in Love Island and admitted that she got 'things wrong'.

The ITV2 dating series was hit with 25,000 complaints to Ofcom last month, when the Devon-born beauty sensationally exploded at now-boyfriend Teddy Soares.

Love Island viewers were shocked and horrified as the 26-year-old screamed at the financial consultant from Manchester during one drama-packed episode of the hit reality TV show.

Speaking to Grazia magazine, Faye admits that she dealt with the situation 'completely wrong' and was 'embarrassed' by her reaction.

"There were times I dealt with it completely wrongly," she told the publication during a trip to London with partner Teddy.

"And everyone unfortunately got to see that."

The scenes to which the reality TV star is referring to are from the infamous fall-out following the villa's movie night.

Faye's fiery kick-off came after being shown a clip, out of context, of 26-year-old Teddy confessing that he was sexually attracted to Clarisse Juliettè during his time in Casa Amor.

While viewers may have been aware of the fact the Love Island hunk had been loyal to his partner during his time away from the villa - sleeping outside each night - Faye wasn't privy to the same information.

Her explosive reaction to watching the footage from Casa Amor sparked outrage, with broadcasting regulator Ofcom receiving almost 25,000 complaints - the most for any episode of Love Island.

After leaving the show, coming third in the live final with boyfriend Teddy, Faye discovered just how many viewers complained to the regulator regarding her outburst.

"I’d be lying if I said that when I saw 25,000 complaints, I wasn’t upset – I was already embarrassed about the situation," she said of learning the news.

The reality TV star went on to reveal that seeing the complaints caused her 'more upset' as she worried about how her family had coped.

She admits to the publication that her sister, Jo 'wasn't happy' with how she acted in the villa that night but the siblings have moved on following a conversations.

While the uncomfortable scenes attracted a record number of complaints, Ofcom dismissed the concerns, saying: "We consider the scenes were within viewers’ likely expectations of this programme’s established format."

Many viewers laid partial blame for Faye's reaction on that of the Love Island bosses but the star was keen to defend the producers during her interview.

"People seem to forget that you can say no,’ she says. ‘[The producers] don’t force you," she said while explaining that the islanders are free to say no to things they don't want to do.

Faye also credited the show for helping her 'deal' with her pre-existing problems during her time in the villa this summer.

"[It] allowed me to realise that I couldn’t run, I had to deal with my problems face on," she candidly admitted.

And that’s one thing I’m grateful for – because I don’t think I would have ever overcome that."

Faye's full interview appears in this week's issue of Grazia magazine. Out now.