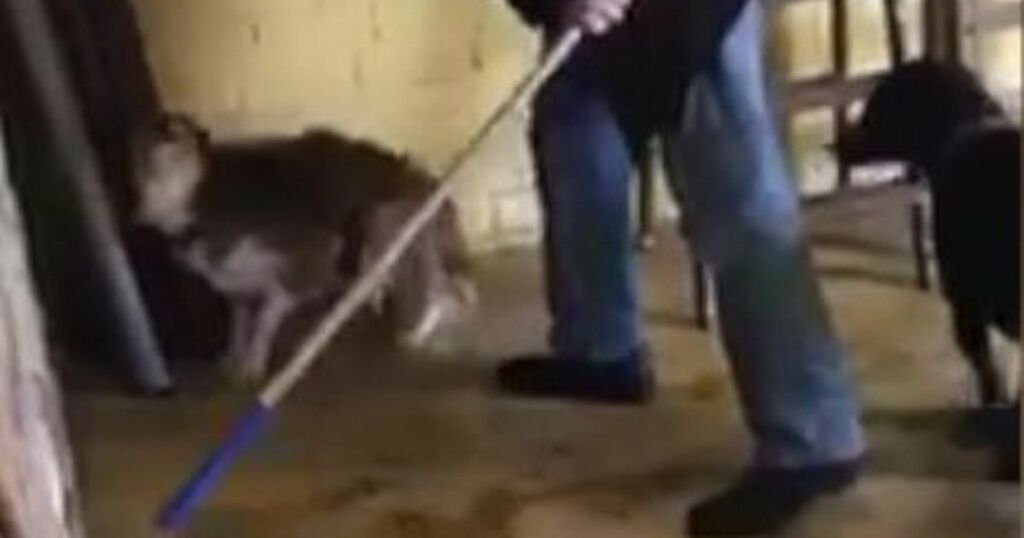 A father and daughter have been sentenced after a sickening video showing abuse at a doggy day care centre emerged on social media.

Dogs were captured being hit and smacked at Mucky Pups Doggy Day Care by a former employee.

Burnley Magistrates’ Court heard how Lauren owned the business in Rishton, Lancashire, and employed her father to work there.

A former employee complained to the RSPCA in December 2019 after recording John hitting the dogs.

The footage was later shared on social media.

READ MORE: Children 'freezing' after school confiscates their coats every day - pushing them to buy its own branded ones

The 69-year-old, of Greenhill, Great Harwood, also pleaded guilty to failing to take reasonable steps to ensure the needs of the animals were met between August 1, 2019, and December 18, 2019.

Lauren, 31, of Knowles Street, Rishton, pleaded guilty to failing to take reasonable steps to prevent unnecessary suffering by her father to protected animals.

Both have now been banned from holding a council animal welfare licence so are unable to run a similar business.

John was given a 10-year ban on holding such a licence and Lauren was handed a five-year ban.

Hyndburn Borough Council previously revoked Mucky Pup's licence in February 2020, while the RSPCA carried out a full investigation into the abuse allegations.

RSPCA Inspector Adam Dickinson, who led the investigation, told the court the owners of the abused dogs came forward to provide witness statements.

“In the first video for example the adult male individual restrains a black Labrador type dog by holding the dog’s collar with his left hand while he strikes the dog 3 times with his right hand. The dog vocalises and the male throws the dog away using the collar. The body language of the dog is fearful submission with no aggression.

“In my opinion the actions of the adult male individual have been sufficiently influential on the welfare of some of these animals to the extent that has caused them to experience suffering.”

As well as the ban on holding a licence at a sentencing hearing held at Blackpool Magistrates Court yesterday, John was given a 12-month community order, including 10-day rehabilitation activity requirement and a 26-week curfew from 7pm to 7am.

Lauren was also given a 12-month community order, including a 15-day rehabilitation activity requirement and must serve a five-week curfew between the hours of 7pm and 7am.

Following the sentencing, inspector Dickinson said the case highlighted how important reward-based training is for dogs.

He said: “The RSPCA only promotes positive, reward-based training methods and does not condone this sort of behaviour in order to train dogs or to tell them off.

“Training dogs is important to help them learn to behave appropriately and to make it easier to keep them under control.

“Reward based training which includes the use of things that dogs like or want for example. Toys, food and praise is enjoyable for the dog and is widely regarded as the preferred form of training dogs.

“Training which includes physical punishment may cause pain, suffering and distress. These techniques can compromise dog welfare, lead to aggressive responses and worsen the problems they aim to address.”