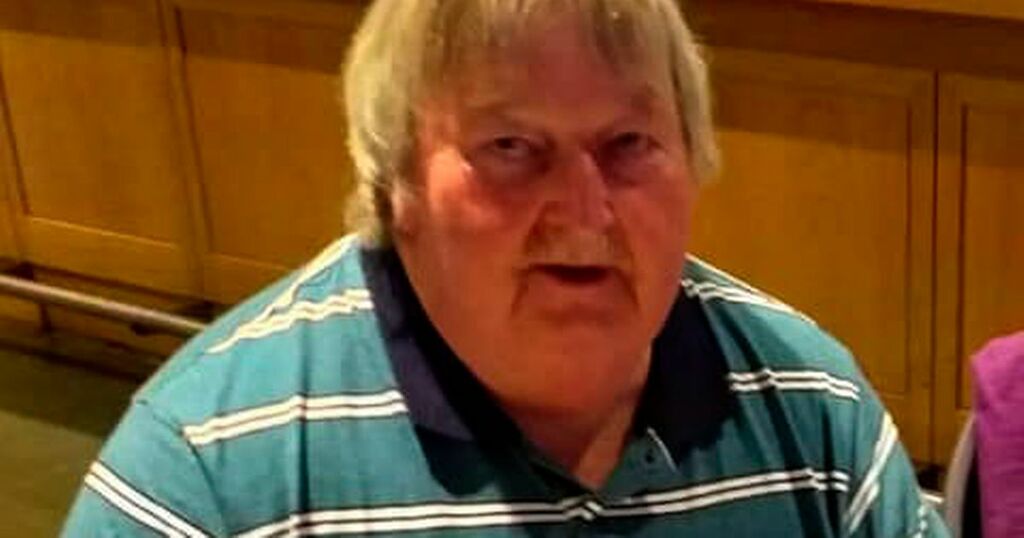 A farmer murdered his partner and their adult son in their beds before killing himself, it emerged on Wednesday.

Mossie was later found dead from a gunshot wound in a neighbour’s field.

A motive for the horrific killings has yet to be established and last night gardai appealed to the community to come forward with any information “regardless of how insignificant it is”.

Neighbour John O’Mahony found the bodies before alerting gardai who went to the home in Ballyreehan in the north of the county.

The bodies of Eileen and Jamie were in separate bedrooms while Mossie’s and the shotgun, which he legally held, at the rear of a neighbour’s house. All three had fatal gunshot wounds.

John, a farmer, said other concerned neighbours had asked him to check in on the family after they spotted a door left open.

He told The Kerryman how he made the gruesome discovery.

He said: “When I went into the house, I found them, both were in their beds. It’s a terrible thing for any neighbour to have to witness.”

He alerted gardai who told him to “stay where you are and don’t go looking for him. So, they came out and found him up the road in a neighbour’s field”.

John added: “I was only talking to him on Sunday night, you couldn’t see anything like this coming.

"The family were the soundest crowd you could meet – we can’t believe this is after happening.”

Mossie was a popular sheep farmer and beekeeper and was also a big fan of hurling.

His long-term partner Eileen was always out walking her dog and was very well known and liked around the community.

Their son Jamie, 24, had played hurling with local side Crotta O’Neills at underage level and recently got a job at the crane company Liebherr in Killarney.

His pals told the Irish Mirror they felt “sick to the stomach” after hearing what happened. One young woman who studied alongside him for several years at the Causeway Comprehensive school said: “Everyone who knew him from school is in shock right now.”

Another former classmate said they were all in “complete disbelief”. She added: “He was lovely, just the loveliest person.

“I knew him for years and he was so sweet in school. No one can believe this has happened.”

And a neighbour in Ballyreehan said: “Jamie was a good lad, he was doing well.

“He recently got his apprenticeship with Liebherr and the whole family were over the moon as it’s a really good job. It’s a big company and it’s not easy to get in there.

"Mossie had kept sheep and was a passionate beekeeper, he was on various job schemes over the years and used to drive a school bus too.

He was a lovely man, you’d always see him and Eileen walking in the village.

“They were a quiet family. Eileen is originally from Ballyreehan and has a lot of siblings here and she’s always out walking the dog so everyone knows her.

“It’s a tragedy beyond belief, and you’d think he’d be the last one to do something like this. The family wouldn’t ever have had any trouble with the law or caused any issues or anything like that.”

Gardai manned the house throughout yesterday as forensics started examining the scene.

Gardai believe the bodies may have been in the home for several hours before being found and the results of those tests will prove crucial in figuring out the tragic timeline.

At Lixnaw Garda Station, Supt Paul Kennedy said the incident was “very difficult” for people in the community who’ve struggled to get their heads around it.

He added: “We have a lot of unanswered questions in an incident of this nature and we’re appealing to people within the community to come forward if they have any information, regardless of how insignificant it is, that may help us determine what happened.

“A local man who was a neighbour and a friend of the family made the discovery and immediately contacted gardai who attended the scene.

“It’s very difficult for members of the community, those involved at the scene, neighbours and friends and family.

“We’re at an early stage of the investigation and we have an open mind in relation to events leading up to this.

“We’ll be examining everything.”

Kerry Mayor Jimmy Moloney, who lives around seven miles from the scene, told the Irish Mirror: “This is very raw at the moment and people are still coming to terms with the news, so we need to lean on each other for support, and let the gardai carry out their investigation. This is a rural area, strong on farming, so there is a worry people who have been impacted by this tragedy will feel isolated in the coming days.

“My sympathies are with the wider family and all of the neighbours who knew this family – this is undoubtedly a very difficult time.”

He also encouraged anyone who needs support to pick up the phone to him or other public representatives and to call the Samaritans on 116 123.

Gardai have appointed a liaison officer to the extended members of the O’Sullivans’ families and also appealed for people to respect their privacy.

Supt Kennedy added: “An Garda Siochana is conscious of the severe impact this incident has on the tight knit community here in Kerry.

“We are appealing to this community or any other persons who may have any information in relation to the tragic events in Kilfeighney, Lixnaw to contact investigating Gardai at Listowel Garda Station on 068 50820, the Garda Confidential Number 1800 666.”