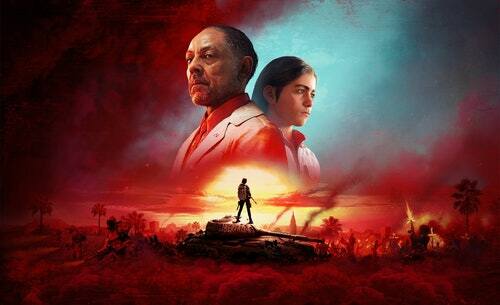 Far Cry 6 reimagines how character progression works in Ubisoft’s flagship open-world FPS series. Instead of focusing on skill trees, Dani’s abilities rely more on the weapons and gear that they have at their disposal. As such, the earlier you can stock up on good weapons and materials in Far Cry 6, the better. One way to do that is by accessing the Yaran Contraband at Fort Quito. But how?

In one of Far Cry 6’s earliest missions, players attack Fort Quito on the island of Isla Santuario. Inside, players can go out of their way to find Yaran Contraband that will give them a much-needed early boost against enemies in Far Cry 6. It’s easy to miss if you don’t take the time to explore, so here’s a step-by-step process of how to get this unique pistol ASAP.

Players will first encounter Fort Quito as part of “Du of Die,” the fourth mission of Far Cry 6. It’s located on the bayside of the eastern half of Isla Santuario, the game's starting area. To complete this mission, players need to collect depleted uranium from inside the fort. In classic Far Cry fashion, you can tackle this mission in several different ways.

You can go in guns blazing and kill all of the enemies or sneak in one of the various entry points around the fort. Regardless of your way in, you'll discover the depleted uranium is in Fort Quito's armory, locked behind a door, and get a keycard by killing the fort's captain or finding one a table in a back room.

While you might want to leave as soon as you discover the depleted uranium, stick around and find the secret Yaran Contrabrand hidden within Fort Quito.

Swimming into Fort Quito's back entrance or going down a ladder in a room on Fort Quito's ground floor will bring you the facility's basement. Here, you'll see Yaran Contraband behind a locked door and some tall security fencing.

Step 2: Get to the Yaran Contraband

This isn't a door that you need to find a key for. There are explosive red barrels next to the fencing and gate blocking off this item. Shoot that, and it will explode, destroying everything around the Contraband item.

If you're taking a quieter approach, hit the wood panel on the side of security fencing with your melee weapon, and you'll destroy it and can get past the locked door. From there, interact with the Yaran Contraband and discover your reward: a pistol called The Autocrat.

It does significantly more damage and has a higher velocity than Dani's starting pistol. It also has mods that improve the aimed weapon damage and body shot weapon damage.

It's a noticeable upgrade from the mediocre pistol players have at the start of the game, so you'll want to go out of your way to find this powerful pistol early on. You don't even have to go that far out of your way to get it. Once you're done here, deliver the depleted uranium to Juan back at base camp and continue to play Far Cry 6 with your better pistol.