Ed Carpenter Racing-Chevrolet saw Conor Daly climb from 17th on the grid to 12th, and then hit pitlane right before a caution period, so that he emerged at the front of the field, able to exchange the lead with the race pacesetter, Scott Dixon of Chip Ganassi Racing-Honda. Ultimately, Daly finished a strong sixth but his teammates, Rinus VeeKay and team owner Ed Carpenter could only look back at a squandered opportunities.

VeeKay crashed out on Lap 39 while running second, between Alex Palou and Dixon, while Carpenter felt his car’s handling deteriorating over the course of the race. He ran fifth in the first third of the race, slipped to seventh after the second round of stops, and then slip outside the top 10 in the race’s final quarter. An early final stop, in which he described the car’s handling as “terrible”, saw him pit under red in 11th, but unfortunately he stalled when engine were re-fired and Race Control ordered him to remain at the back of the field for the restart, in 22nd. He came home 18th.

Team Penske-Chevrolet’s hopes took a knock when Will Power’s car suffered acute oversteer in the second half of the first stint and then he stalled on leaving the pits. The car’s handling improved for the final two stints but by then all hope of even a Top 10 had been stymied, and despite a strong couple of laps after the red flag, the 2018 winner wound up 15th. Teammate Josef Newgarden also stalled leaving the pits when he accidentally selected second instead of first, but he came home 13th, while, Scott McLaughlin’s charge from 26th on the grid saw him reach 11th before his nasty-looking double-impact accident at Turns 3 and 4 at three-quarter distance.

The Rahal Letterman Lanigan Racing-Hondas tend to race better than they qualify, especially at the 500, only this time they appeared not to.

“We just didn't have it,” said Graham Rahal, who came home 14th after starting 21st. “The car didn't have the natural speed that we needed. I feel bad for the guys because they put their heart and soul into this, and today was a great example.

“The car balance wasn't that bad, we'd be following quite close sometimes, but we couldn’t draft up. The boys did a good job in the pits, and that's the reason we went forward in the race, so thanks to them. We will take a good dive into what exactly we need to be better.”

Eighteenth-placed Christian Lundgaard was happy to finish his second-ever oval race on a day when other similarly inexperienced drivers hit trouble, but said his car’s lack of speed was a “tough one to accept.” As for Jack Harvey, he said the team took a strategic gamble that failed to pay off.

Alexander Rossi, who normally suffers poor luck at the Speedway (and indeed, most other places) since his shock win as a rookie in 2016, was the lone high spot for Andretti Autosport-Honda. He climbed from 20th to finish fifth. He had nothing for the Ganassi-Hondas and Arrow McLaren SP-Chevys in the final shootout, but was well able to hold off his pursuers.

“It was a really strong day for the whole No. 27 team. To start 20th and end in the top five is a great accomplishment,” said Rossi. “I think due to some amazing work in pitlane and the great strategy we were able to capitalize when we needed to and the car was good. Everything went our way.

“Unfortunately, we ran out of time at the end. I don’t know if we had the overall pace to win but it was nice to be in there with a shot.”

Overall, though, for a team that has won this race five times in the past, it was a very ‘quiet’ day. Colton Herta’s huge Carb Day shunt damaged his chassis enough that he switched to a backup car that hadn’t previously turned a wheel on an oval. He never rose above his 25th starting spot, aside from during pit sequences, and eventually stopped at two-thirds distance with throttle sensor issues. He described the experience as the loosest I’ve ever been on an oval, and admitted afterward, “now all you can think of is what if Friday never happened.”

Devlin DeFrancesco sounded underwhelmed by his 20th place finish, Marco Andretti was beating himself up for stalling on leaving his pitbox on one occasion, but was also unimpressed with the pace of his car, as he has been all month. And Romain Grosjean of course suffered the shunt that most onlookers had predicted in his practice days. 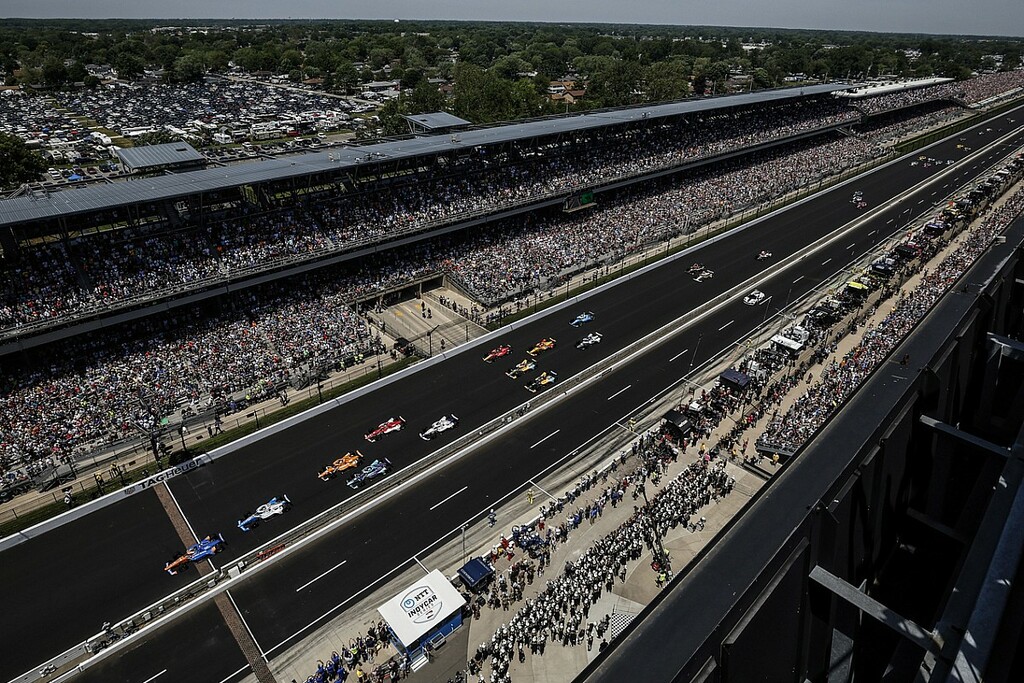 Autosport
From analysis to the latest developments in health, read the most diverse news in one place.
Indy 500: Ericsson wins 106th edition after late red-flag drama