Matthew McLuckie had his dinner waiting in the fridge last Thursday night but didn't make it home from work.

And his two dogs, Kaiser and Poppy, waited for a master who would never return.

Instead, the 20-year-old's name was added to the ACT fatal road statistics when he became an innocent victim, caught up in a bizarre thrill-seeking incident in which two drivers crossed to the wrong side of Hindmarsh Drive, one of them colliding head-on with Mr McLuckie's car.

The family described themselves as heartbroken at their loss in such a "senseless and absolutely avoidable accident".

Matthew McLuckie was extracted from the wreckage of his car but died from his injuries on arrival at the emergency department of the Canberra hospital.

The woman driving the other car, now confirmed as stolen, remains in a serious condition. A third driver involved in the incident, and who failed to stop and render assistance, is being actively sought by police.

In a tragic coincidence, Matthew is the second student from the 2019 graduating class at St Mary Mackillop College to have been killed in a road accident in the past 15 months.

Both had been innocent victims of other drivers' senseless behaviour.

Classmate Lachie Seary, 19, was killed when his car was flipped over a guardrail on the Monaro Highway at Hume in March last year. The drug and alcohol-affected driver who hit him was found culpable and sentenced to five years in jail.

A 'big man who gave the best hugs'

In a moving, heartfelt statement released by the McLuckie family on Tuesday, Matthew was described as "a beautiful, gentle, compassionate young man".

"He was kindhearted and generous and very much a home bird," the family statement said.

"His best friend was his younger brother Joseph who he just adored and he was so proud of him.

"He loved his family, doing workouts in the home gym, and was a hardworking student.

"He was caring, funny, witty, clever, and humble.

"He preferred to stay in the background and listen to people, rather than being front and centre.

"He grew into a big man who gave the best hugs. He was well liked by just about everyone that met him."

The principal of St Mary MacKillop College, Michael Lee, described Matthew as a "wonderful student who loved his school".

"He loved his teachers and friends, all of whom are experiencing shock and grief at the news of his death," he said.

"Our thoughts and prayers are with Matthew's family and the school has offered every assistance and comfort that it can marshal.

"I'm very concerned for the sadness of the graduating class of 2019."

Matthew played football with the Brindabella club in Calwell with a reputation as a fearless goalkeeper from Under 6s to Under 18s, and was also a junior referee.

He also enjoyed tae kwon do, tennis, kayaking, camping and a swim at the beach with his much loved dogs, Poppy and Kaiser.

"Over the last few years he was an avid and committed weight trainer," the family said in their statement.

"He was a formidable chess player and measured in any debate."

Matthew had been studying at the ANU for an honours degree in advanced computing, having started the same year as the COVID pandemic first emerged.

"Despite the difficulties in home learning, he was in his third year and had passed classes with several distinctions," the statement said.

Matthew worked for the Swissport luggage handling company at the Canberra Airport.

"He loved his job and was saving all his money to buy his first home," the family said.

"Our family are absolutely heartbroken with Matthew's death.

"We cannot describe in words the pain of losing our son in such a senseless and absolutely avoidable accident. He was a young man, coming home from work, to a home where he was loved, with his dinner waiting for him in the fridge.

"Everyone who knew our lovely young man has been devastated by his loss, his future being robbed from him so needlessly. He had so much more to give, so much love to share.

A plea to the Canberra community

"To the Canberra and Queanbeyan area drivers and particularly those who have been racing on our city streets over the last few months - please, please, please understand there are massive consequences to the willful recklessness of your racing and speeding.

"It may all seem like a bit of fun, a great thrill, a good laugh and something to do with your mates, but your actions have consequences.

"Ultimately our family and all our friends have been left totally shattered by the loss of our beloved and cherished son, brother, grandson, cousin, colleague and fellow student.

"For those who took part in the incident and chose to drive away from the horrific accident, we implore you to have the courage to accept the consequences of your actions. Stop hiding behind your anonymity like cowards.

"Come forward to the police.

"We never got to say goodbye, have one last hug and a cherished smile. Matthew died that night terrified and without his family on Hindmarsh Drive.

"To anyone in the wider community who may know or suspect they know those involved in this incident in any way, we beg you to report what you know to ACT Policing.

"Our town and its surrounds are a community. Please do the right thing and help bring some comfort and closure to our family.

"If this message can save just one life, stop another family being shattered and broken, then no matter how painful our loss is, maybe our son has not died for nothing other than a cheap thrill.

"To the public who were first on the scene, the first responders and emergency services who had to cut our son from his wrecked car, provide him with attention and care, and pronounce him dead on arrival at The Canberra Hospital, we are eternally grateful for your love and your care." 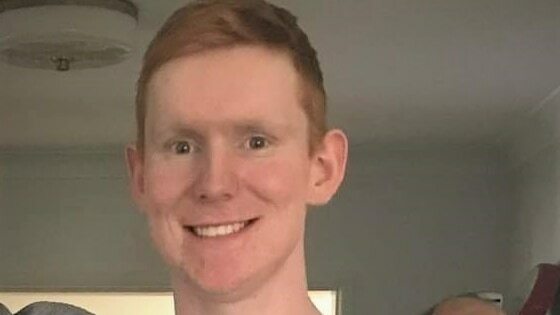 Family of Canberran Matthew McLuckie urge other driver allegedly involved in fatal crash to 'stop hiding like cowards'
WARNING: This story contains confronting images. "We cannot describe in words the pain of losing our son in such a…