Familiar injuries raise painful prospect that end is near for Nadal

By Tumaini Carayol in Rome

For nearly the entirety of his two-decade career, Rafael Nadal has been a picture of calm on the court. Nobody has endured as many moments of abject tension in the final rounds of the biggest tournaments but navigated them while betraying so few negative emotions, shrugging off mistakes and despair, remaining steadfastly positive.

But on Thursday night for once his emotions were written all over his face. As he limped and grimaced, barely able to run during his loss to Denis Shapovalov, he continually looked up at his team in the stands. He shook his head, he cursed his bad luck and he spent time at the change of ends with his head buried in his hands.

The source of Nadal’s frustration was one of the most familiar sensations he has experienced in his career. Eighteen years ago, as he contested his first full season on the tour as a 17-year-old, Nadal had a stress fracture in his foot. The injury would reveal Müller-Weiss disease, a degenerative foot injury that weakens the navicular bone in the foot. Unhelpfully for an athlete in an 11-month season, it worsens with physical exercise.

Over the years, Nadal has had to invest significant time, effort and anti-inflammatories into managing it. The effect on his career has sometimes been underreported but it has left a continuous, visible mark. It was the reason why he spent six months out last year and retirement skipped across his mind and it is unmistakable in the limp that sometimes accompanies him in press conferences and around the grounds.

Every player is dealing with something. Injuries are a common facet of sport, a natural result of athletes pushing their bodies past limits that few bodies are truly built to withstand. Tennis players have an even more complex relationship with them. While athletes are constantly determined to play through injuries at all costs, in team sports it is up to the coaches to limit their players’ load and conserve their bodies, even against their will. In an individual sport such as tennis players are in charge of their schedules, which is not always a good thing.

It is hard not to think of the ordeal Andy Murray has gone through in order to maintain his career as connected to the monstrous effort it took for him to remain close enough to Nadal, Roger Federer and Novak Djokovic. All of those extra tournaments contested and training sessions endured so that he could finally pounce and become the best player in the world.

Likewise, Dominic Thiem spent his youth renowned for playing in a tournament almost every week. After finally fulfilling one of his lifetime goals by winning the US Open in 2020, Thiem last year suffered from mental burnout and he is now attempting to return after his body followed suit.

Emma Raducanu’s adaptation to life on the tour continues and her body has rebelled against it. After another injury led to her retirement this past week in Rome, she was openly contemplating how frequently she should play. “I want to play every opportunity I have and probably even when I shouldn’t,” she said. “But I just really need to be sensible. Sometimes I feel like I need a voice to just hold my hand: ‘Do this, do that.’”

Such issues have been present for Nadal in a career that has been framed by injuries. He has missed 11 grand slam tournaments since his Wimbledon debut in 2003 and so many other tournaments have ended with him losing his battle with his body. His career has seemed to exist in a perpetual cycle of these moments, each new run of form and fresh period of reinvention inevitably coming to a crashing halt with another injury.

This time part of the frustration is that it is not a typical injury with a set period of recovery, which is frustrating but endurable. It is completely inconsistent; at times the foot is comfortable, at other times it is unbearable. It seems increasingly clear that it could play a significant role in how long he has left, especially as he turns 36 next month.

“I imagine there will come a time when my head says: ‘Enough,’” said Nadal. “Pain takes away your happiness, not only in tennis but in life. My problem is that I live many days with too much pain.”

One of the great marks of Nadal is the success he has still found and the longevity he has achieved through all of the misfortune. This season he engineered his greatest start to a season by winning his first 20 matches. He now faces a race to be fit for the French Open next Sunday, where he is aiming for his 14th title.

After so many years and so much wear, it seems the best he can hope for nowadays is that a new cycle begins. 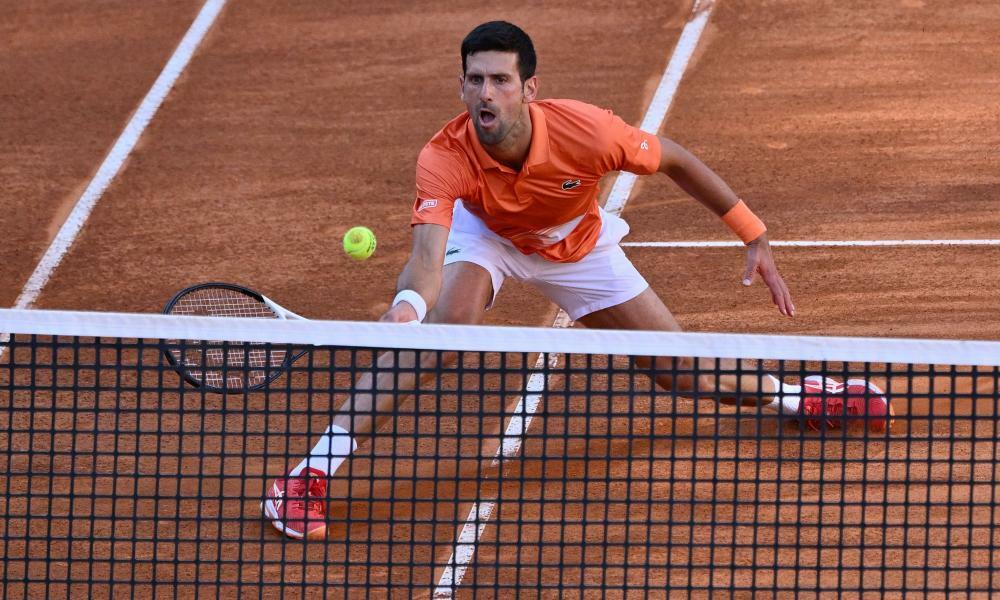