Facebook whistleblower Sophie Zhang is ready to testify to Congress 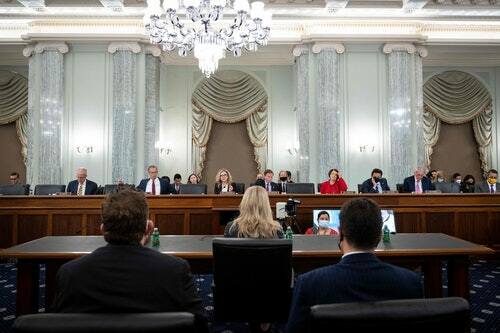 Frances Haugen has quickly taken over the news cycle as The Facebook Whistleblower, but she’s far from the only concerned employee looking to spill insider knowledge. Sophie Zhang, who used to work at Facebook as a data scientist, says she’s ready to speak to Congress about her experiences in Big Tech, too.

Zhang first made herself known as a whistleblower back in April of this year. After working at Facebook for nearly three years, she found herself unable to watch the company’s malpractices any longer. So she published a blog 7,800-word goodbye message — “I know that I have blood on my hands now,” she wrote — and went to various news outlets with her insider information.

The Guardian ended up writing a series of scathing reports based on Zhang’s findings. Her internal documentation focused on a very different area of Facebook activity than Haugen’s did: the company’s response to democratic crises around the world. Now, with Haugen’s testimony spurring bipartisan responses from federal lawmakers, Zhang feels she’s ready to speak to Congress herself.

The problems Zhang sees with Facebook overlap with issues raised by Haugen in her testimony. The company’s overwhelming secrecy around its algorithms and internal research underscore both whistleblowers’ tales, for example.

Zhang’s concerns are also about safety, though at a much higher level than Haugen’s. Zhang is worried about Facebook’s response to “blatant attempts by foreign national governments” to abuse the platform and mislead the public. Her extensive collection of internal documentation points to more than 30 cases where politically manipulative behavior was proactively identified. Facebook prioritized certain crises over others, giving time and attention to addressing cases in countries like the U.S., Taiwan, and South Korea, while moving much more slowly in poor, small, and non-western countries.

Frances Haugen’s disclosure of internal research — especially that centering on child safety — has, against all odds, garnered real attention from lawmakers. In an interview with CNN, Sophie Zhang says this is the reason why she’s finally feeling encouraged to speak with Congress.

Facebook’s response is classic Facebook deflection: stating that the company has invested “billions” in safety in security in recent years. “Our track record shows that we crack down on abuse abroad with the same intensity that we apply in the U.S.," the spokesperson told CNN.

Haugen’s testimony is making tidal waves at Facebook, even if the company would like us to believe it’s unbothered. Facebook’s official Oversight Board will be meeting with Haugen in the next few weeks to ostensibly push for increased transparency and accountability. CEO Mark Zuckerberg has also had to work overtime to quell worker concerns in response to Haugen’s testimony.

In her testimony, Haugen made clear her hope that other Facebook employees would join her in speaking to the federal government about their experiences at the company; many of the Senators present voiced their hopes that that would happen, too. Zhang and Haugen may turn out to be the ones who opened the floodgates.